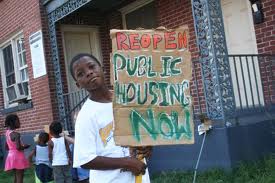 Editor’s Note. James Bovard is a cutting edge writer who has always been willing to take controversial positions to defend what is write and to tackle what is wrong.  He is in top form in this recent article that appeared in the Wall Street Journal:

Section 8 rental subsidies have long been one of the most controversial federal social programs. The Department of Housing and Urban Development (HUD) under the Obama administration is making a troubled program worse.

In the 1990s, the feds were embarrassed by skyrocketing crime rates in public housing—up to 10 times the national average, according to HUD studies and many newspaper reports. The government’s response was to hand out vouchers to residents of the projects (authorized under Section 8 of the Housing and Community Development Act of 1974), dispersing them to safer and more upscale locales.

Section 8’s budget soared to $19 billion this year from $7 billion in 1994. HUD now picks up the rent for more than two million households nationwide; tenants pay 30% of their income toward rent and utilities while the feds pay the rest. Section 8 recipients receive monthly rental subsidies of up to $2,851 in the Stamford-Norwalk, Conn., area, $2,764 in Honolulu and $2,582 in Columbia, Md.

But the dispersal of public housing residents to quieter neighborhoods has failed to weed out the criminal element that made life miserable for most residents of the projects. “Homicide was simply moved to a new location, not eliminated,” concluded University of Louisville… (read more)