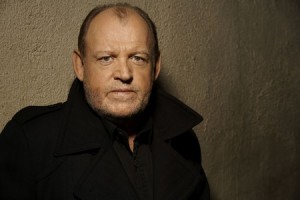 He has largely been off the radar screen for quite some time, but his new album has him coming back with a vengeance. Joe Cocker is, without a doubt, a true musical legend. With 40 years and counting as a major player in the music business, the singer with that unmistakable bluesy soul voice has earned countless accolades for his artistry—Grammys, Golden Globes, Academy Awards and platinum selling albums worldwide.  The iconic singer is now signed to 429 Records in North America and  “HARD KNOCKS”—his 21st album, became available this past week.  “HARD KNOCKS” is a collection of 9 all-new songs plus a cover version of the Dixie Chicks’  “I Hope.”  Produced by Matt Serletic (Matchbox 20, Carlos Santana), “HARD KNOCKS” has the timeless “Cocker” sound fusing soul, pop and rhythm and blues into an undeniably infectious mix of a singularly unique contemporary style.  The first single, title track “Hard Knocks,” has been racing up the AC Radio charts reaching #19* last week.  Cocker will also be interviewed on a forthcoming edition of NPR’s Weekend Edition Sunday—date TBD.  Those purchasing the album on iTunes will receive a special bundle which includes the CD, a digital booklet and an exclusive live video of “Hard Knocks.”

The recording sessions took place in Serletic’s own Emblem studios in Los Angeles involving a host of acclaimed musicians like Ray Parker Jr., Tim Pierce and Joel Shearer on guitar, Josh Freese, Matt Chamberlain and Dorian Crozier on drums, Chris Chaney on bass and Jamie Muhoberac on keyboards. The songs were mixed by Chris Lord-Alge and mastered by Bob Ludwig.  Songwriters Kara Dioguardi of recent American Idol fame and Marc Broussard have contributed songs to the collection.

Says Cocker, “I don’t really know what you would call this album: ‘rock/pop’? It’s a little more pop than I’ve been into for quite a while so it would scare me sometimes. I would do the basic tracks and then Matt would go away and do some of these overdubs and he had all these electronic things on there. It was sometimes like ‘Oh, my god!’. But I wanted to work with Matt very much. And I always knew what kind of record we would be making.”