By Jackie Carpenter, Special for US Daily Review. 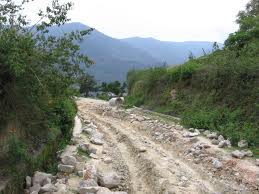 I, Jackie Carpenter, have lived through every parent’s worst nightmare when my son, Jason Veitch was arrested for “Felony Murder” six months after accepting God’s Call into the ministry.   Following the advice of a Deputy he armed himself and sat in the woods on Friday night, June 27th, 2008 trying to catch copper thieves that were stealing from his under construction homes. He had been robbed of copper 3 times during this week of June 27th.  He had been robbed a total of 17 times with each theft costing approximately $6,000 to repair the damage that was done.  This deputy told Jason law enforcement did not have the manpower to guard his houses but Jason could sit in the woods, guard the next house with exposed copper, and if they showed back up, call 911 and the deputy would have law enforcement patrolling this area.  He also told Jason if anything should happen he was allowed to make a Citizen’s Arrest (bind their hands and feet) and wait for law enforcement to arrive and yes he was allowed to hold them at gunpoint.

While Jason was sitting in the black of night the unexpected did happen.  At 12:45 a.m. a white van pulled into the driveway and parked so that its headlights were shining directly on him in the woods.  Panicking Jason fell to the ground and called 911.  He then called his father-in-law who lived 15 minutes away, who also knew Jason was doing this and was very concerned.  The father-in-law asked Jason if he wanted him to come over?  Jason said, “yes, I am scared”!  Little did Jason know that the deputy never alerted  law enforcement that he was doing this and there was no back-up in the area.  The police were on the other side of town when they received the 911 call, and got lost trying to find this under construction house; so that put the father-in-law arriving first.

As Jason watched his father-in-law pull in behind this unknown van, get out of his truck, and approach the driver’s side of the van with nothing more than a flashlight, Jason could no longer just sit in the woods and watch his father-in-law get harmed . Jason came out of the woods with an old double barrel shot gun that he had never shot.  He fired a warning shot into the air so they would not hurt his father-in- law.  Jason approached the passenger side of the van and they ordered the men out of the van.  Now the nightmare really begins.  Jason had now gone into the 2nd part of the deputy’s plan; “Citizen’s Arrest”.  As Jason was attempting to bind the hands and feet of the alleged copper thieves, one of the men became very rebellious.  Because of that rebellion the gun misfired and shot the rebellious man.  Jason now calls 911 and requests an ambulance (still no police have arrived).  Jason, the father-in-law and 911 operator try to save this life, but when it became hopeless they loaded the wounded man into the father in laws truck, whereby the father in law took the wounded man to the hospital whereby he later died.

When the young Deputy heard what happened he ran to the Judge in the early morning hours and said:  “I met with Mr. Veitch at his construction site yesterday afternoon. He was in a rage over the copper thefts and just wanted to kill somebody.  I want him charged with Felony Murder”.  While we sat in shock, Jason sat in Cell Block A with the worst of humanity facing charges of: Felony Murder, 3 counts aggravated Assault, and possession of a firearm, this same deputy was back down at the construction site with the 2 alleged copper thieves, their Civil Suit Attorney and Fox 5 News Cameras telling the world that “Jason had executed their cousin”.

How could something like this be happening to our family?  Jason had a beautiful young wife and 6 year old little boy and now he was being tried through the court of public opinion and there was nothing that we could say to counteract any of the false accusations as we were under gag orders.

I started trying to fix everything myself.  I researched 24 hours a day trying to find man’s answer to this horrible nightmare until I wore my physical body completely out, and I ended up in a hospital bed getting a blood transfusion.  That is the place where God had to get me in order to get me still so that I would listen to what HE had to say: “ Jackie, you are searching the wrong books.  Journey into Psalms. where you will see that  I can take the devices of the wicked and make them to non-effect; I can take the crooked way and make it straight: For I am your DEFENSE!”

What do you do and where do you go, when: Money has no value, Man cannot help you and Innocence is not enough?  It took me 10 months of growing my faith to 100% and Claiming a Miracle through Psalm 91 (God’s Shield of Protection) so that when advised by Attorney’s not to bring my Bible to Court (in fear of a non-believer on the Jury) I decided I would rather offend a Juror than offend God!  With 100% faith I carried my Bible into the Courtroom, where God decided to show up and give Jason 100%.  Not Guity on all 5 charges!

Soon to be a major motion picture for theatrical release, fall of 2012.  Based on the book; Georgia Justice: “Journey to Faith” by Jackie Carpenter.  Based on the True Story of the trial of Jason Veitch. Producer Rodrick Goins (WATC TV-57’s Atlanta Live, recipient of best comedy for Universal Studio, 2006 Film Festival & under of Fishes & Loaves Improv Comedy Troupe).