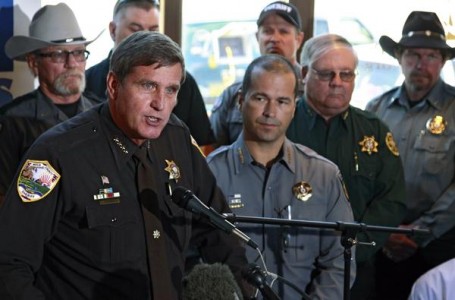 Kevin Price has interviewed John Cooke on the Price of Business.  Listen to that interview in its entirety.  Cooke is a nationally known Sheriff in Colorado (and candidate for the state senate) who is fighting against gun control legislation designed to undermine Second Amendment rights.  In a discussion with Price, who paints a terrible future if Americans don’t take action.

Also, Cooke and Price discussed attitudes of law enforcement when it comes to gun.  He quoted a startling survey that should be of interest to any American worried about public safety.

In March, PoliceOne conducted the most comprehensive survey ever of American law enforcement officers’ opinions on the topic gripping the nation’s attention in recent weeks: gun control.

More than 15,000 verified law enforcement professionals took part in the survey, which aimed to bring together the thoughts and opinions of the only professional group devoted to limiting and defeating gun violence as part of their sworn responsibility.

Totaling just shy of 30 questions, the survey allowed officers across the United States to share their perspectives on issues spanning from gun control and gun violence to gun rights.

Breaking down the results, it’s important to note that 70 percent of respondents are field-level law enforcers — those who are face-to-face in the fight against violent crime on a daily basis — not office-bound, non-sworn administrators or perpetually-campaigning elected officials.

1.) Virtually all respondents (95 percent) say that a federal ban on manufacture and sale of ammunition magazines that hold more than 10 rounds would not reduce violent crime.

2.) The majority of respondents — 71 percent — say a federal ban on the manufacture and sale of some semi-automatics would have no effect on reducing violent crime. However, more than 20 percent say any ban would actually have a negative effect on reducing violent crime. Just over 7 percent took the opposite stance, saying they believe a ban would have a moderate to significant effect.

3.) About 85 percent of officers say the passage of the White House’s currently proposed legislation would have a zero or negative effect on their safety, with just over 10 percent saying it would have a moderate or significantly positive effect.

4.) Seventy percent of respondents say they have a favorable or very favorable opinion of some law enforcement leaders’ public statements that they would not enforce more restrictive gun laws in their jurisdictions. Similarly, more than 61 percent said they would refuse to enforce such laws if they themselves were Chief or Sheriff.

6.) The overwhelming majority (almost 90 percent) of officers believe that casualties would be decreased if armed citizens were present at the onset of an active-shooter incident.

7.) More than 80 percent of respondents support arming school teachers and administrators who willingly volunteer to train with firearms and carry one in the course of the job.

9.) More than half of respondents feel that increased punishment for obviously illegal gun sales could have a positive impact on reducing gun violence.

10.) When asked whether citizens should be required to complete a safety training class before being allowed to buy a gun, about 43 percent of officers say it should not be required…(read more)
All opinions expressed on USDR are those of the author and not necessarily those of US Daily Review.