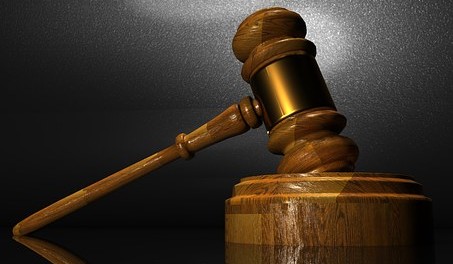 Taxotere is a medication that is usually used in the treatment of prostate cancer, breast cancer and non-small cell lung cancer. The patient receives it via an infusion in the vein, and it is considered one of the most effective treatments for  cancer.

Using Taxotere reduces the number and the duration of the chemotherapy rounds, patients should receive it every three weeks for about an  hour.

Despite all these advantages, it appears that Taxotere also has some negative effects. As it turns out, taxotere permanent hair loss is not something uncommon, as this medication usually causes alopecia. The original labels revealed that the patient will lose his or her hair, but it was also mentioned that “Once you have completed all your treatments, hair generally grows  back.”

Many patients reported that this thing is not true, but the FDA did not acknowledge this thing until December 11, 2015. While many other chemotherapy drugs cause hair loss, Taxotere is the only one that makes this loss  permanent.

Permanent hair loss may be more serious than we think. In 2004, an Arizona State University analyzed the importance of hair and it observed that hair is “personal, growing directly out of our bodies. It is public, on view for all to see. And it is malleable, allowing us to change it more or less at whim. As a result, it’s not surprising that we use our hair to project our identity and that others see our hair as a reflection of our  identity.”

That is why permanent hair loss can feel like losing your identity, especially when it comes to women. This process is difficult, especially since the drug did not warn them beforehand. Patients were not informed about side effects and this certainly felt like a  lie.

After women discovered that the drug causes permanent hair loss, many decided to file a lawsuit against the company the produces it, Sanofi-Aventis. They claimed that Taxotere does not clearly state what the actual hair loss rate is, and patients are not properly informed before they start the  treatment.

They also claimed that the actions of the companies led to serious harm, damages, mental anguish and loss, and these things will continue to affect them in the future. Most of them also added that knowing about the real side effects of Taxotere would have determined them to choose another alternative for their  chemotherapy.

One California woman named Ami Dodson claimed that she is suing the company because it “obtained billions of dollars in increased revenues at the expense of unwary cancer victims simply hoping to survive their condition and return to a normal life.” Sanofi-Aventis is also accused of hiding the results of the FDA  studies.

So far there have been no Taxotere settlements, but in December 2016 a settlement committee was formed in the Taxotere multidistrict litigation. Usually these committees are not created until later on, but in this case the defendants and the plaintiffs should have settlement discussions on a regular  basis.