President Obama should be reminded of American Exceptionalism 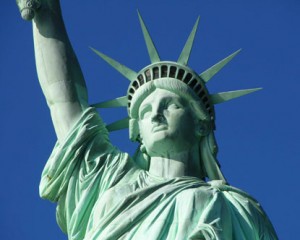 “We have lost our ambition, our imagination, and our willingness” are not exactly the kind of words you’d like to hear from your President. “But we’ve been a little bit lazy, I think, over the last couple of decades,’’ the President said. “We’ve kind of taken for granted — well, people will want to come here and we aren’t out there hungry, selling America and trying to attract new business into America.” When you take President Obama’s recent comments along with the early remarks he made in his administration “America has shown arrogance and been dismissive, even derisive” toward Europe; you begin to see the pattern. The President simply has no faith in Americans and he doesn’t know how to go about encouraging business growth and create jobs to rebuild the economy, because he has never owned a business or been an executive in a business.

Leadership can never be accomplished by demeaning people. You tell your kid enough times that she is stupid and she may very well start to believe it. As a parent you have a responsibility to bring out the good features and reposition those behaviors which may fall short. The same rules apply to the President of the Greatest Country in the Free World.

This Wall Street Journal column titled ‘To Increase Jobs, Increase Economic Freedom’ by John Mackey really stood out to me. That statement is a reminder to all of us in how great our country truly is. Yet we take so much for granted that we sometimes fail to realize our past journey almost as much as we lose sight of the freedoms and opportunities each of us enjoy.

Donald Trump says President Barack Obama’s recent statement that Americans have become lazy is “disgusting,” and somewhat ironic, considering the president spends his time campaigning and vacationing instead of tending to the nation’s business. Obama’s comment was especially “interesting” because of his lack of business acumen, Trump stated.

It sickens me every day as I read the headlines and hear the media soundbites that discourage Americans from believing in themselves. Our government and our media outlets are the root cause of so much that is wrong with society today. What America is lacking at the present moment is CONFIDENCE. Only confidence will spark our ambition, our imagination, and our willingness to push beyond the boundaries of average into a Brink Thinking lifestyle.

There are so many factors that go into rebuilding that confidence into Americans, but none more than having the right LEADERSHIP in Washington. It’s a sad day for America when our leadership fails to LEAD.

It’s time to Make the Leap!