The leaders of the congressional committees said Sunday they believed that the Taliban had grown stronger since President Barack Obama sent 33,000 more U.S. troops to Afghanistan in 2010. 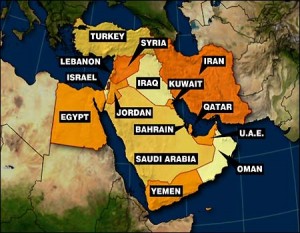 The pessimistic report by Sen. Dianne Feinstein, D-Calif., and Rep. Mike Rogers, R-Mich., challenges Obama’s own assessment last week in his visit to Kabul that the “tide had turned” and that “we broke the Taliban’s momentum.”

Feinstein and Rogers told CNN’s “State of the Union” they aren’t so sure. The two recently returned from a fact-finding trip to the region where they met with Afghan President Hamid Karzai.

“President Karzai believes that the Taliban will not come back. I’m not so sure,” Feinstein said. “The Taliban has a shadow system of governors in many provinces.”

When asked if the Taliban’s capabilities have been degraded since Obama deployed the additional troops two years ago, Feinstein said: “I think we’d both say that what we’ve found is that the Taliban is stronger.”

More than 1,800 U.S. troops have been killed in the decade-long war. About 88,000 service members remain deployed, down from a peak of more than 100,000 last year. More troops are expected to leave by the end of summer with all combat troops gone by the end of 2014.

Feinstein said she wishes she had the chance to meet with Pakistan’s leaders to discuss the need for more help from the country to break up the Haqqani network. Congress has passed various restrictions on U.S. aid in Pakistan after Osama bin Laden was found hiding within its borders. A recent defense policy bill would withhold 60 percent of military aid if the defense secretary can’t show the money will be effective in fighting the Taliban and ensuring Pakistan helps with efforts to counter roadside bombs.