Following each of the world’s worst nuclear accidents—Three Mile Island, Chernobyl, and Fukushima—governments and plant operators adopted safety and security measures to help prevent future disasters. Most recently, the U.S. Nuclear Regulatory Commission has designed a new set of rules to harden American reactors against earthquake-triggered failures like those that crippled Japan’s Fukushima-Daiichi plant last year. 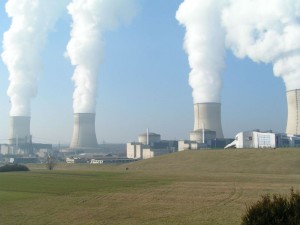 But has the response from industry and nuclear regulators always been adequate?  Lessons Learned from “Lessons Learned”: The Evolution of Nuclear Power Safety after Accidents and Near-Accidents, a new paper from the American Academy of Arts and Sciences, examines the changes in safety procedures and protocols that were or were not implemented after major nuclear disasters. The authors evaluate several less catastrophic accidents and near-mishaps as well, noting that those less serious incidents also offer critical lessons.

The paper provides recommendations for increasing plant safety and security as commercial nuclear power spreads globally. Authors, Michael M. May and Edward D. Blandford stress the need for better communication among nuclear states. “Mechanisms to facilitate and, where needed, enforce mutual learning have not always been adequate,” they write. “Information-sharing, import/export agreements based on safety standards, agreements to facilitate cooperation among regulatory authorities, and the participation of financial interests such as investors and insurers all have a role to play in improving mutual learning among different states.”

This paper, published as part of the American Academy’s Global Nuclear Future (GNF) Initiative, is available online at http://www.amacad.org/projects/globalnuclearbooks.aspx.

Members of the GNF Initiative are working with policy-makers in the United States, Middle East, and Asia to advance effective policies and procedures to ensure that the spread of nuclear power does not aggravate, and in fact reduces, concerns over international safety, security, and nonproliferation. Because the Academy is not identified with a particular stance on nuclear questions, yet has a fifty-year-old tradition of work on arms control, it offers a neutral forum for discussing these issues.

Michael M. May is Professor Emeritus (Research) in the School of Engineering at Stanford University, where he is also a Senior Fellow in the Freeman Spogli Institute for International Studies. Edward D. Blandford is a Stanton Nuclear Security Postdoctoral Fellow at Stanford’s Center for International Security and Cooperation as well as an adjunct Research Assistant Professor in the Department of Chemical and Nuclear Engineering at the University of New Mexico.

Recent Academy Publications from the Global Nuclear Future Initiative include:

Game Changers for Nuclear Energy, Kate Marvel and Michael May (American Academy of Arts and Sciences, 2011)

All of these publications are available on the Academy’s website at http://www.amacad.org/projects/globalnuclearbooks.aspx.

According to a statement, “Founded in 1780, the American Academy of Arts and Sciences (www.amacad.org) is an independent policy research center that conducts multidisciplinary studies of complex and emerging problems. Current Academy research focuses on science and technology policy; global security; institutions of democracy; the humanities and culture; and education. With headquarters in Cambridge, Massachusetts, the Academy’s work is advanced by its 4,600 elected members, who are leaders in the academic disciplines, the arts, business, and public affairs from around the world.”