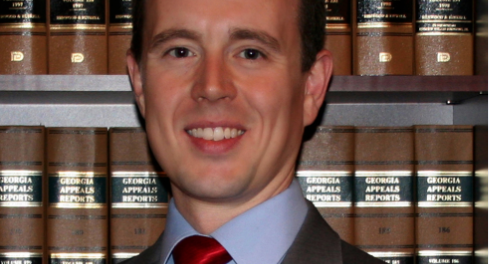 By Marc Hyden, Special for  USDR

For the past several years, newspapers have been increasingly peppered with headlines highlighting the many conservatives who are actively and successfully working to repeal the death penalty, but conservatives haven’t been alone in their pursuits. Certainly, this has become a bipartisan issue, but many libertarians have also joined with conservatives to end capital punishment. Considering that Ronald Reagan once said, “I believe the very heart and soul of conservatism is libertarianism,” it shouldn’t come as a surprise that conservatives and libertarians have easily found common  ground.

Prominent libertarians like Dr. Ron Paul, Larry Reed, Austin Petersen, Julie Borowski, and many others have been outspoken objectors of the death penalty. It makes perfect sense that libertarians are diametrically opposed to capital punishment. Most of them are skeptical of government power and believe that state intervention should be minimal. They are also understandably concerned anytime the government unnecessarily limits and disposes individual liberties. This is exactly why libertarians reject the death  penalty.

Capital punishment quite simply gives the government a dangerous power over the people. It is an extreme intervention into Americans’ lives, in which a fallible government determines who lives and dies. People are correct to be wary of this authority for many reasons. The state administers the death penalty with astounding capriciousness. In fact, the majority of all death sentences come from only 2% of US counties, including Harris County, TX, and Duval County, FL. Furthermore, the accused who can afford a private attorney tend to fare better in capital proceedings than those who are forced to rely on court-appointed lawyers. When it comes to death cases, justice clearly isn’t equal or  blind.

The death penalty undeniably restricts and abrogates individual liberty, and it risks doing so to innocent people. To date, over 155 individuals have been wrongly sentenced to die and released from death row, but many others have been executed despite lingering doubts regarding their verdicts. It’s hard to find a more egregious example of the government eliminating an individual’s liberty like executing an innocent person. However, the wrongly convicted aren’t the only ones affected by the death penalty. It has a negative fiscal impact on most Americans because it costs much more than life without parole. It has even been the impetus for tax increases. Capital punishment’s enormous price charged to the taxpayers is wasteful government spending at its  worst.

Many libertarians do believe that some degree of government involvement in the criminal justice system is not only acceptable but a necessary role for the state. However, the system must be just and effective. Clearly, there is nothing just about wrongful convictions and risking innocent lives, but the death penalty also fails to achieve its purported goals. There’s no evidence to suggest that it actually deters murder, and because of complex legal proceedings, many murder victims’ families oppose capital punishment. They find it to be a harmful, retraumatizing process that could have been avoided by seeking life without  parole.

The death penalty is an intrusive, costly, and dangerous government program that accomplishes little. As a matter of fact, it is an unnecessary state power with mostly negative side affects. This is why libertarians are joining with conservatives in growing numbers to end capital punishment, and no pro-liberty organization has been more instrumental than Young Americans for Liberty (YAL). Many of their members will be the leaders of tomorrow’s generation, and a large number of them have partnered with my group, Conservatives Concerned about the Death Penalty (CCATDP), with great success. I have traveled to numerous local YAL chapters across America and witnessed firsthand their desires to replace the death penalty with a viable alternative. This year, CCATDP will return to the Young Americans for Liberty national convention for the fourth year in a row to share information about the death penalty’s problems and how to help end it. Together, conservatives and libertarians are ensuring that the death penalty’s days are  numbered.

Marc Hyden is the National Advocacy Coordinator for Conservatives Concerned About the Death Penalty. Mark previously worked for the National Rifle Association (NRA) as a Campaign Field Representative in Florida. He has also run a GOP congressional race in North Carolina, served as the Legislative Liaison/Public Affairs Specialist with the Georgia Emergency Management Agency/Homeland Security, and as the Legislative Aide to the Georgia Senate President Pro  Tempore.