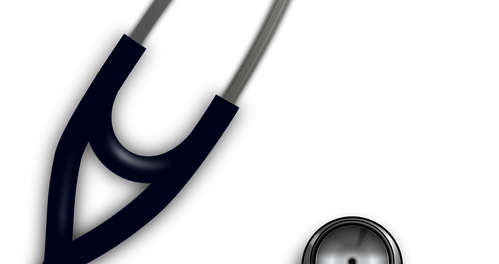 An increasing number of low-income parents are not obtaining health insurance for their children through their employer, even as they obtain coverage for themselves, and are instead turning to the Children’s Health Insurance Program (CHIP) and Medicaid to insure their children. These are findings in a new study from PolicyLab at Children’s Hospital of Philadelphia (CHOP), published today in the December issue of Health Affairs. The researchers say their study provides important context for the public policy debate about the future of children’s health coverage in the U.S., particularly with the future of the health insurance exchange markets in  question.

PolicyLab researchers found a 20 percent increase from 2008 to 2013 in the number of children in low- and moderate-income families who were covered by public insurance options – CHIP and Medicaid – instead of by the insurance their parents obtained through work. This trend toward splitting coverage was most prominent in families with incomes of 100 to 199 percent of the federal poverty level, in which nearly one-third of children were insured by CHIP or Medicaid plans in 2013, a 31 percent increase from  2008.

“By 2013, working parents were contributing an average of $4,500 a year for family health coverage offered by their employers – I think that many families who were working to just keep food on the table simply could not afford that,” said lead author Doug Strane, MPH, research associate at PolicyLab. “While the Children’s Health Insurance Program and Medicaid are often considered programs for the unemployed, skyrocketing health care costs that are surpassing wage increases are making these programs essential to working families who want affordable, quality health insurance for their  children.”

The researchers also found that an increasing number of families with incomes of 200 to 299 percent (i.e. $47,100-$70,650 for a family of four) of the federal poverty level went without health insurance coverage for their children altogether – 9.2 percent of children in these families were uninsured in 2013, compared to 6 percent in 2008. The authors believe this is because many families in this income bracket likely lived in states where their children were not eligible for CHIP. If those families were not offered dependent coverage by their employer, or could not afford the dependent coverage when it was offered, their only alternative may have been to uninsure their  children.

“During a time when children’s health care coverage overall was stable or increasing, the fact that some moderate-income families were forgoing health insurance for their children could be a bellwether warning for an erosion of children’s coverage not seen in many decades,” said senior author David Rubin, MD, MSCE, director of PolicyLab and a pediatrician at CHOP. “Our study echoes the stories physicians are hearing in their clinics across the country – CHIP and Medicaid have become the backstop for providing health insurance coverage to children in many working  families.”

Since its inception in 1997, CHIP – a state-managed program designed to provide health insurance coverage to families with modest incomes, but who would not qualify for Medicaid – has played an essential role in achieving nearly universal rates of children’s health insurance coverage in the U.S. Previous PolicyLab research has shown that CHIP and Medicaid provide high-quality, affordable health care coverage for children. Compared to children covered by private health insurance, children covered by CHIP and Medicaid had higher rates of preventive medical visits, lower out-of-pocket costs and reported more often that their insurance always met their needs. However, states’ current CHIP funding is set to expire in 2017 if Congress takes no  action.

“With a new administration taking office next year, the landscape for health insurance may change dramatically in this country,” said Dr. Rubin. “In that context, the continued sharp rise in health care costs for low-income families provides even greater urgency to protect the very programs that most prevent their children from falling into a gap where they would have no health insurance options moving  forward.”

The data for this study comes from the Medical Expenditures Panel Survey (MEPS), a nationally representative household panel survey. The other authors on the paper were Benjamin French, PhD; Jennifer Eder, MPH; Charlene Wong, MD, MSHP; and Kathleen Noonan, JD. French is from the Perelman School of Medicine at the University of  Pennsylvania.

Limitations: From the survey data, researchers could not determine why families sought to split their coverage. Additionally, in cases where a child was recorded to have both public insurance and insurance through their parents’ employer, his or her insurance type was listed as the latter, leading to possible underestimation of children with public  insurance.

About PolicyLab at Children’s Hospital of Philadelphia: PolicyLab at Children’s Hospital of Philadelphia (CHOP) is dedicated to achieving optimal child health and well-being by informing program and policy changes through interdisciplinary research. Founded in 2008, PolicyLab is a Center of Emphasis within the CHOP Research Institute, one of the largest pediatric research institutes in the country. With more than 25 highly-regarded faculty and 35 passionate staff who bring expertise from myriad of fields covering health, research and health policy, our work focuses on improving public systems, improving health care delivery and improving child health outcomes. For more information, visit  http://www.policylab.chop.edu.

About Children’s Hospital of Philadelphia: Children’s Hospital of Philadelphia was founded in 1855 as the nation’s first pediatric hospital. Through its long-standing commitment to providing exceptional patient care, training new generations of pediatric healthcare professionals and pioneering major research initiatives, Children’s Hospital has fostered many discoveries that have benefited children worldwide. Its pediatric research program is among the largest in the country. In addition, its unique family-centered care and public service programs have brought the 535-bed hospital recognition as a leading advocate for children and adolescents. For more information, visit  http://www.chop.edu.