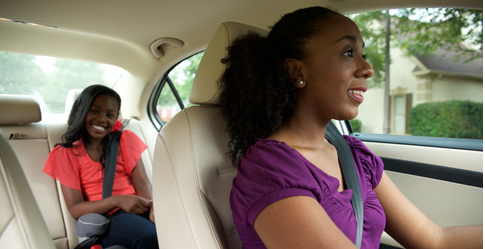 By CDC, Special for  USDR

About 90 people die each day from motor vehicle crashes in the United States, resulting in the highest death rate among 19 high-income comparison countries. Our nation has made progress in road safety, reducing crash deaths by 31 percent from 2000 to 2013. But other high-income countries reduced crash deaths even further—by an average of 56 percent during the same period, according to the latest Vital Signs report by the Centers for Disease Control and Prevention  (CDC).

Lower death rates in comparison countries, as well as the high prevalence of risk factors in the U.S., suggest that we can make more progress in saving lives. Compared with other high-income countries, the US had  the:

“It is important to compare us not to our past but to our potential. Seeing that other high-income countries are doing better, we know we can do better too,” said Debra Houry, M.D., M.P.H., director of CDC’s National Center for Injury Prevention and Control. “People of our nation deserve better and safer  transport.”

For this Vital Signs report, CDC analyzed data compiled by the World Health Organization (WHO) and the Organization for Economic Co-operation and Development (OECD). CDC determined the number and rate of motor vehicle crash deaths in the U.S. and 19 other high-income countries and reported national seat belt use and percentage of deaths that involved alcohol-impaired driving or speeding, by country, when available. Countries included in the study were Australia, Austria, Belgium,Canada, Denmark, Finland, France, Germany, Ireland, Israel, Japan, the Netherlands, New Zealand, Norway, Slovenia, Spain,Sweden, Switzerland, the United Kingdom, and the United  States.

Each country included in the study was a member of OECD, met the World Bank’s definition for high income, had a population of more than 1 million people, and reported the annual number of motor vehicle deaths and vehicle miles traveled. In addition, the difference between the country-reported motor vehicle crash death rate and the WHO-estimated rate could not exceed 1 death per 100,000  population.

“It’s unacceptable for 90 people to die on our roads each day, especially when we know what works to prevent crashes, injuries, and deaths,” said Erin Sauber-Schatz, Ph.D., M.P.H., transportation safety team lead, CDC’s National Center for Injury Prevention and Control. “About 3,000 lives could be saved each year by increasing seat belt use to 100 percent, and up to 10,000 lives could be saved each year by eliminating alcohol-impaired driving.”

The researchers recommend using seat belts in both front and rear seats, properly using car seats and booster seats for children through at least age 8, never drinking and driving, obeying speed limits, and eliminating distracted driving.  In addition, states can use proven strategies to support these actions that save lives, prevent injuries, and avert crash-related  costs.

CDC’s Injury Center works to protect the safety of all Americans, every day. For more information about motor vehicle safety, please visit  www.cdc.gov/motorvehiclesafety.

Vital Signs is a CDC report that typically appears on the first Tuesday of the month as part of the CDC journal Morbidity and Mortality Weekly Report. The report provides the latest data and information on key health indicators. These are cancer prevention, obesity, tobacco use, motor vehicle injury prevention, prescription drug overdose, HIV/AIDS, alcohol use, health care-associated infections, cardiovascular health, teen pregnancy, and food  safety.

CDC works 24/7 saving lives and protecting people from health threats to have a more secure nation. Whether these threats are chronic or acute, manmade or natural, human error or deliberate attack, global or domestic, CDC is the U.S. health protection  agency.