How does a senator once described as “the George Washington of modern Indiana” find himself so unpopular he might get kicked out of office? 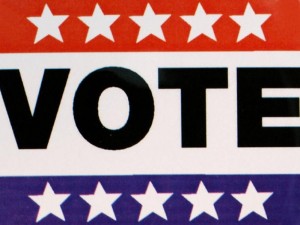 That’s the question Republican Sen. Richard Lugar of Indiana is asking right about now as he faces the political fight of his life against state Treasurer Richard Mourdock in today’s primary.

The longest-serving senator in Indiana’s history, Lugar blames his weakened standing on the influence of money in modern politics.

“Thank goodness the founder of our country did not face millions of dollars of negative advertising,” he told CBS affiliate WISH-TV last week.

First elected to the Senate in 1976, the 80-year-old former Indianapolis mayor became a prime target for conservative groups this year seeking to extend the Tea Party’s influence in Congress and purge the Republican party of its moderates. They argue the senator simply doesn’t represent his constituents anymore.

Lugar has indeed faced an onslaught of negative advertising in his re-election bid. Third party groups have spent $4.5 million on the race so far, according to the Center Public Integrity — that’s more than they’ve spent on any other congressional race this season, and about two-thirds of that cash is working against Lugar.

In at least one very important way, Lugar is more of a Washingtonian now than a Hoosier: The senator has lived in the suburbs surrounding Washington since 1977, and his residency became a campaign issue in this year’s primary. Still, it may have taken national groups intervening in the state race to get Indiana voters to pay attention to Lugar’s disconnect from the state.

Another victim of the Tea Party?

Polls show he is in serious trouble, with the most recent poll released Friday showing him 10 percentage points behind Mourdock.

The senator, however, kept his chin up…(read more)