Today, the United States Supreme Court struck down as unconstitutional a portion of the 2006 reauthorization of the Voting Rights Act.

Shelby Co., Alabama challenged the act in 2010 arguing that Congress’s failure to modernize the law in light of the enormous improvements in minority electoral opportunities in the states covered by the law rendered it unconstitutional.

Frank C, Ellis, Jr., the county attorney for Shelby County, Alabama, said, “We are grateful the Supreme Court recognized that our vibrant and diverse county no longer requires federal supervision of our elections.”

Ellis added, “The justices correctly acknowledged that the covered jurisdictions should no longer be punished by the federal government for conditions that existed over 40 years ago. The South is an altogether different place than it was in 1965.”

The Project on Fair Representation (POFR), a not-for-profit legal defense foundation based in Alexandria, Virginia, provided counsel to Shelby Co.

Edward Blum, director of POFR, said, “This decision restores an important constitutional order to our system of government which requires that all 50 states are entitled to equal dignity and sovereignty. Our nation’s laws must apply uniformly to each state and jurisdiction.”

Blum added, “The Supreme Court today confirmed that there are no meaningful differences in minority voting opportunities between the covered and non-covered jurisdictions. African Americans and Hispanics routinely win elections in white-majority districts in states such as Texas, Georgia, Alabama, and South Carolina, to name a few.” 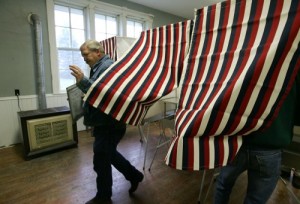 “The American South long ago laid down the burdens of minority disfranchisement and has integrated African Americans fully into its political life,” Blum said.

Blum concluded, “The Supreme Court’s opinion is a great testament to the character of the American people who have labored to fulfill the guarantee of racial equality in voting.”

U.S. Congressman Kevin Brady (R-TX) had the following to add for US Daily Review: “This decision by the Supreme Court is reasoned and long-overdue. For too long the Justice Department has held certain states like Texas hostage to their political whims by using a legal bar that is impossible to clear. The bottom line is that voting rights are important and should be applied equally to all states, which the Supreme Court has confirmed.”

The NAACP was less impressed, stating “When it comes to matters as fundamental as the right to vote, we can’t wait for problems to occur before we fix them.  Congress has the power to make good on the promise that every American should have the right to vote, and it must exercise that power forthwith.”