As America’s bishops and Catholic organizations around the country file lawsuits to protect their First Amendment rights from the government’s health care mandate, a new survey finds that a significant majority of Americans support the right to opt out of providing drugs, services and procedures for religious reasons.

According to the Knights of Columbus-Marist Poll, the survey found that three in four Americans (74 to 26 percent) say that 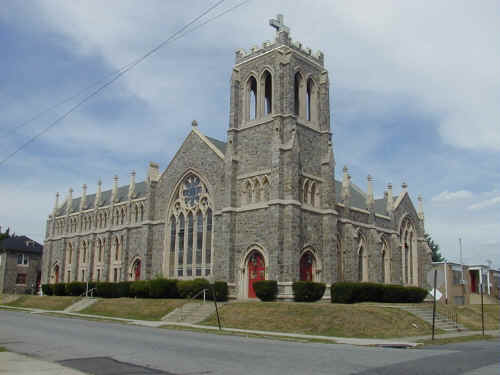 freedom of religion should be protected, even if it conflicts with other laws. Majorities would also protect the First Amendment conscience rights of hospitals, health care workers and insurers.

Strong majorities would let individual health care providers and organizations opt out of providing: abortion (58 to 38 percent), abortion-inducing drugs (51 to 44 percent), in vitro fertilization treatments that could result in the death of an embryo (52 to 41 percent), medication to speed the death of a terminally ill patient (55 to 41 percent) and birth control pills (51 to 46 percent). The number supporting the right to opt out of providing birth control is particularly interesting given the fact that more than eight in 10 Americans (88 percent) believe contraception is morally acceptable.

“This survey reveals that the American people are fundamentally dedicated to protecting the First Amendment conscience rights of everyone,” said Supreme Knight Carl A. Anderson. “Allowing people to opt out of these procedures or services ― which violate their faith ― is the right thing to do. It is also key to protecting the First Amendment rights of all Americans and enjoys strong public support as well.”

Overall, the survey found that half (50 percent) of Americans have heard of the debate over the government’s health care mandate. The mandate, promulgated by the Obama administration and the Department of Health and Human Services, requires employers ― including organizations that are religiously affiliated ― to provide free insurance coverage to women for services including sterilization, abortion-inducing drugs and birth control.

In addition, a strong majority of Americans (52 to 31 percent) also indicated that laws in the United States have made it more difficult to follow one’s religious beliefs in recent years.

The survey also found that an overwhelming majority of Americans said that forcing health care workers and doctors to provide abortion is morally wrong (72 to 27 percent). Majorities also said that abortion (58 to 40 percent) and same-sex marriage (52 to 45 percent) were morally wrong.

According to a statement, “The Knights of Columbus-Marist poll surveyed 1,606 adults from May 10 through May 14, 2012. Adults 18 years of age and older residing in the continental United States were interviewed by telephone with live interviewers. Telephone numbers were selected based upon a list of telephone exchanges from throughout the nation. The exchanges were selected to ensure that each region was represented in proportion to its population. To increase coverage, this land-line sample was supplemented by respondents reached through random dialing of cell phone numbers. The two samples were then combined. Results are statistically significant within +/- 2.5 percentage points. The error margin increases for cross-tabulations. Survey tables are available at www.kofc.org.”