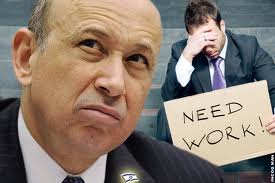 As Congress debates legislation that would grant amnesty to 12 million illegal aliens, dramatically increase the number of new immigrants to the United States, and give businesses easier access to foreign guest workers, a new report by the Federation for American Immigration Reform (FAIR) concludes that already excessive levels of immigration – legal and illegal – have contributed to higher unemployment and wage stagnation for American workers.

Out of the Shadows: Shining a Light on Immigration and the Plight of the American Worker examines the impact of 40 years of historically high levels of immigration, and decades-long failure to control illegal immigration, on American workers. According to the report, easy access to immigrant labor – including an estimated 8 million illegal aliens who are in our labor market – has helped businesses to boost their profit margins by tamping down wages. Even as the productivity of American workers has increased dramatically over the past 40 years, most workers have not seen a corresponding increase in their wages.

“The Congressional Budget Office confirmed the effect that mass immigration has on jobs and wages, projecting that the Gang of Eight bill would further increase unemployment and depress wages for at least a decade.  Nevertheless, the politicians and special interests who negotiated the bill behind closed doors continue to turn a blind eye to the gravely serious situation facing tens of millions of Americans.  It’s as if the American worker has become totally irrelevant to the immigration debate,” said Dan Stein, president of FAIR.

“While other factors have contributed to the plight of American workers – most notably globalization, outsourcing, and technology – flooding our labor market with tens of millions of immigrant workers has compounded the misery. Common sense might have dictated that we limit immigration to offset the impact of these other phenomena. However, our elected representatives have chosen to do precisely the opposite,” continued Stein.

The distinct advantage that mass immigration provides to employers is evident in the role these interests have played in lobbying for an illegal alien amnesty, higher levels of immigration, and greater access to guest workers. The U.S. Chamber of Commerce and other business associations have poured more than $1 billion into lobbying for legislation along the lines of the Gang of Eight bill that was approved by the Senate.

Among the key findings of Out of the Shadows: