By Mayors Against Illegal Guns, Special to US Daily Review. 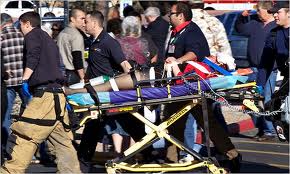 “One year ago, our nation was stunned by the murder of six innocent Americans in a shooting rampage in Tucson, Arizona. Today, we honor the memory of Christina-Taylor Green, Dorothy Morris, The Honorable John Roll, Phyllis Schneck, Dorwan Stoddard and Gabe Zimmerman. And we celebrate the lives of those who miraculously survived.

“We are honored that survivors of the Tucson tragedy have joined our mission to keep illegal guns out of the hands of dangerous people. After the Tucson shooting, President Obama said the nation needs a gun background check system that is ‘accurate, instant and comprehensive.’ We will continue to work with the President and Congress to make that goal a reality – it’s long overdue.

“Until we get serious about enforcing our gun laws and making common-sense reforms, 34 more Americans will continue to be murdered with guns every day. Since the Tucson shootings, another 12,000 lives have been lost. Many of those murders could have – and should have – been prevented by keeping weapons out of the hands of dangerous people that should never have a firearm.”

“Our thoughts today are with the citizens of Tucson. Our focus tomorrow will be on getting Washington to stand up and help mayors reduce the number of illegal guns on our streets.

“We can prevent tragedies like the one we saw in Tucson and unfortunately see on our streets every day. We just need our leaders in Washington to put their differences aside for once and make some very simple changes that most gun owners can and do support, starting with fixing our broken background check system by requiring a background check for every gun sale and ensuring records of felons, the mentally ill and substance abusers are in the system – something most states and federal agencies are still failing to do.”