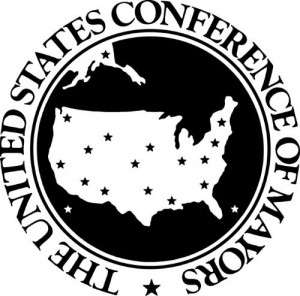 The U.S. Conference of Mayors yesterday denounced today’s expected release of city-by-city crime rankings by CQ Press as an annual misuse of FBI crime data at the expense of the reputations and economies of this nation’s cities. A book containing the rankings is scheduled for publication November 22.

“Again CQ Press has defied the FBI’s own warnings against using its data to rank U.S. cities by crime rate, and again this year mayors across the country are compelled to point out the damage that these inappropriate rankings can inflict on our cities,” said Houston Mayor Annise D. Parker, who chairs the U.S. Conference of Mayors Criminal and Social Justice Committee. “Everyone with the slightest knowledge of this issue knows the rankings are not credible, but the publication persists with them, presumably because rankings are popular and sell books. Unfortunately, they also do real harm to the cities that come out on the losing end.”

“We’re encouraged that the nation’s news media have become more skeptical about the CQ rankings, and that in recent years have either ignored them altogether or noted that the Federal Bureau of Investigation, the U.S. Conference of Mayors, and the American Society of Criminology all consider them bogus and damaging,” Parker continued.

The publication in question is an annual ranking of U.S. cities by “highest crime rate” and “lowest crime rate,” compiled by SAGE Publications, an independent international publisher, which is owned by CQ Press. The rankings were initially compiled by Morgan Quitno Press, whose editor, Scott Morgan, once acknowledged he would be “stunned if there is a criminologist out there who will support this.”

The rankings have received strong criticism over their years of publication. The FBI, American Society of Criminology, and Criminal Justice Journalists, among others, have joined the Conference of Mayors in pointing to a variety of flaws, including:

The annual rankings are derived from the FBI’s annual Uniform Crime Reports (UCR) statistics. The UCR program, which dates from the 1930s, gathers crime statistics from thousands of U.S. communities for the purpose of helping individual communities track their own crime trends and detect national patterns.

Four years ago, the FBI began posting a disclaimer about the rankings on its website where it posts the UCR figures: http://www.fbi.gov/about-us/cjis/ucr/crime-in-the-u.s/2010/crime-in-the-u.s.-2010/caution-against-ranking/. The disclaimer reads:

Each year when Crime in the United States is published, many entities—news media, tourism agencies, and other groups with an interest in crime in our Nation—use reported figures to compile rankings of cities and counties. These rankings, however, are merely a quick choice made by the data user; they provide no insight into the many variables that mold the crime in a particular town, city, county, state, region, or other jurisdiction. Consequently, these rankings lead to simplistic and/or incomplete analyses that often create misleading perceptions adversely affecting cities and counties, along with their residents.

In 2007 the Conference of Mayors year passed a resolution in opposition to the rankings. It is available at http://usmayors.org/resolutions/75th_conference/csj_05.asp. The resolution states that the Conference is committed to working with the FBI and the U.S. Department of Justice to “Educate reporters, elected officials, and citizens on what the data means and doesn’t mean.”