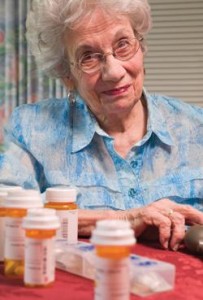 re & Medicaid Services (CMS) validates the questions about “preferred pharmacy” drug plans[1] that have been raised by Medicare officials, 19 U.S. Senators, 31 U.S. Representatives, MedPAC and the National Community Pharmacists Association (NCPA).
In analyzing 2012 prescription drug claims in the Medicare Part D drug benefit, CMS finds that “prices are sometimes higher in certain preferred networks,” compared to traditional plans offering patients greater choice, and that, because enrollment in such plans has increased, “the impact of higher preferred network prices on the program as a whole is likely to become increasingly significant.”

“Medicare authorized the introduction of preferred pharmacy plans into the Part D drug benefit on the assumption that they would lower Medicare’s costs.  Instead, CMS’ analysis has concluded that some of these preferred pharmacy plans are increasing its costs, to the disadvantage of beneficiaries and taxpayers and in apparent violation of Medicare regulations. In most of these instances the health plans themselves essentially verified Medicare’s findings.

“NCPA has opposed these preferred pharmacy plans because they are not in the best interest of many patients, they have been deceptively marketed and they amount to government-sanctioned bias against small business, community pharmacies since they do not require plans to offer participation to all pharmacies. Seniors in rural areas in particular may have to travel 20 miles or moreto obtain their prescription drugs from a preferred pharmacy. A community pharmacist in the Northern Mariana Islands reports thathis Medicare patients’ closest preferred pharmacy is nine hours away by plane in Hawaii! His request to participate in the plan at the same reimbursement rates of other preferred pharmacies was reportedly denied.

“There is a simple solution to this problem, which Medicare itself has endorsed as ‘the best way to encourage price competition and lower costs.’ Allow any legitimate pharmacy provider that is willing to accept a health plan’s terms and conditions, including reimbursement, to participate in that plan’s network, whether it is a preferred network or a traditional one. That gives patients greater freedom to choose a pharmacy that best meets their personal health and medication adherence needs without increasing costs to the health plan or its sponsor, in this case Medicare.

“Moreover, this is a cautionary tale for public and private health plan sponsors alike to keep in mind when pharmacy benefit managers or others attempt to foist so-called preferred network pharmacy plans on patients to deny their choice of pharmacy.”

The National Community Pharmacists Association (NCPA) represents the interests of America’s community pharmacists, including the owners of more than 23,000 independent community pharmacies. Together they represent an $88.5 billion health care marketplace, dispense nearly 40% of all retail prescriptions, and employ more than 300,000 individuals, including over 62,000 pharmacists. To learn more go to www.ncpanet.org or read NCPA’s blog, The Dose, at http://ncpanet.wordpress.com/.