Americans aged 48-60 are facing an extraordinary convergence of issues that are impacting their long-term financial plans, according to new research released today by Northwestern Mutual. Falling housing prices, diminished 401(k) accounts, and the growing number of adult children returning home are among the factors leading two thirds (65%) of Americans aged 48-60 to believe that they will have to work beyond the age of 65. 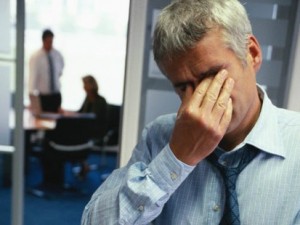 “Americans approaching retirement have serious concerns about their financial preparedness for living comfortably in this next phase of their lives,” says Dave Simbro, senior vice president at Northwestern Mutual. “It has also underscored for many of them the critical need for solid financial planning in the years ahead.”

On the flip side of that, the Northwestern Mutual study revealed a deep concern among Americans aged 48-60 regarding their financial picture without a spouse’s income. One-third of those surveyed feel they have too little life insurance coverage, and half expect at least a fair share of their coverage will decline by the time they are 65. Four out of ten permanent life insurance policyholders wish they had purchased more when they were younger.

“For many, the numbers just aren’t adding up to a secure retirement. What people need now is to revisit their plans and come up with a robust strategy that takes these new financial realities into account,” says Simbro. “The right approach is one that considers all the obstacles and lays out a plan that creates a predictable income throughout one’s retirement.”

*According to data from the Society of Actuaries