By the Black American Leadership Alliance, Special for USDR

This week the Black American Leadership Alliance will issue an open letter to Members of the Senate Immigration Gang of Eight, the Congressional Black Caucus, and to those Senators from states having the highest rates of black unemployment.  The open letter will urge these Members to oppose the Senate Immigration Bill due to its potential impact on the availability of jobs for black Americans and other low skilled laborers.  The letter further calls upon Members to protect black labor by opposing amnesty and halting all efforts to double legal immigration levels, as S. 744 would require.

The letter further states: “given the fact that more than 13% of all blacks are unemployed – nearly double that of the national average, it is our position that each Member of Congress must consider the disastrous effects that Senate Bill 744 would have on low skill workers of all races, while paying particular attention to the potential harm to African Americans.”

“Now is not the time for Congress to increase competition for scarce jobs by adding millions more workers through legalization,” said Frank Morris , Alliance leader, and former Executive Director of the Congressional Black Caucus Foundation.  “Increasing immigration levels through amnesty and new visa programs, particularly at the low skilled level, will flood the labor market with millions more people, leading to higher unemployment, more poverty, and a lower standard of living for many in the black community.” 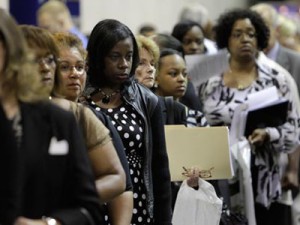 Members of the Coalition include: