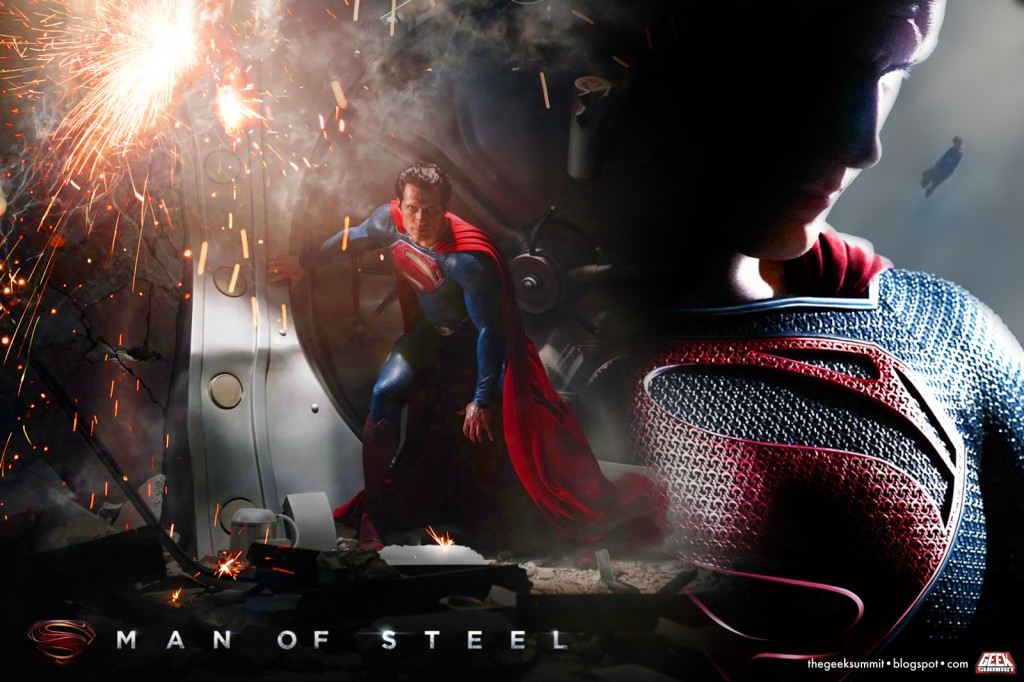 Over the last two or three days I’ve seen nothing but bad reviews about Man of Steel, the latest in a long string of Superman movies. However, on Facebook, the average man on the street was absolutely loving it. So Alvin and I went to see Man of Steel yesterday morning, not quite sure what to expect. We weren’t but minutes into the movie when I realized what was going on. References to God, patriotism, America…oh yeah, that’s why liberals were hating this movie. Alvin and I? We loved it.

Alvin’s cousin took his little daughter to see it last night, all dressed up in her Supergirl outfit. As soon as the movie was over, she asked her daddy if they could watch it again. They did, and she loved it just as much the second time. Man of Steel appeals to all ages, just as a good movie should.

The story begins on Krypton with Superman’s (Kal-El) birth. The first, and last, natural birth in centuries on the doomed world. We see General Zod and his troops try to implement a coup, but failing. Zod killing Jor-El, Superman’s father, and the complete destruction of his world.

We next see Superman, now Clark Kent, as an adult saving men trapped on a burning oil platform in the ocean. Then we flashback to a childhood memory of Clark saving a bus full of children. Basically, Clark is trying to come to terms with who he is and what he can and cannot do. In the process, he triggers a homing beacon which brings Zod and his lunatics to Earth.

The story was excellent, well directed and well acted. The understory was equally compelling. I challenged you to watch the movie a catch every nuance, if you can. Actually, I find Man of Steel to be the best Superman movie to date, bar none. If I had any complaints, it would be the out of order flashbacks and the end battle between Superman and the Krytonians being drawn out WAY too long. Other than that, I’d watch the movie again.

Man of Steel scores 4.5 out 5 stars from this reviewer. See the full list of the cast and crew here.