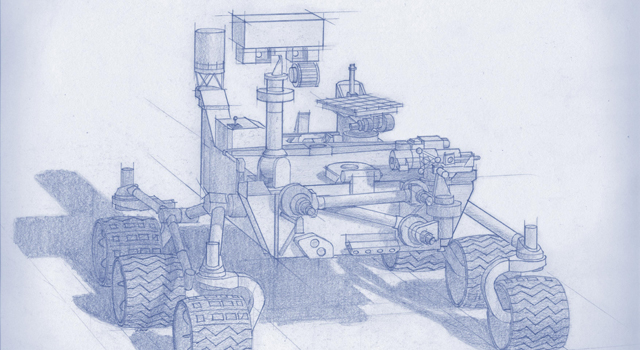 NASA is requesting the public and interested organizations to review and comment on the Draft Environmental Impact Statement (DEIS) for the agency’s proposed Mars 2020 mission. The comment period runs through July 21.

During the comment period, NASA will host an online public meeting from 1-3 p.m. EDT Thursday, June 26, at:

The meeting site will be accessible to participants at 12:45 p.m. EDT. The meeting will include briefings about the proposed mission, its power source options, and the findings of the DEIS. A question-and-answer session and an open period for the public to submit live written comments will follow. Advance registration for the meeting is not required.

The DEIS addresses the potential environmental impacts associated with carrying out the Mars 2020 mission, a continuation of NASA’s in-depth exploration of the planet. The mission would include a mobile science rover based closely on the design of the Curiosity rover, which was launched in November 2011 and is operating successfully on Mars.

The mission is planned to launch in July or August 2020 from Florida on an expendable launch vehicle.

NASA will consider all received comments in the development of its Mars 2020 Final Environmental Impact Statement and comments received, and responses to these comments, will be included in the final document.

The DEIS, background material on the proposed mission, and instructions on how to submit comments on the DEIS are available at:

After the conclusion of the virtual public meeting, an on-demand replay of the event also will be available at the above link.

Additional information on NASA’s National Environmental Policy Act process and the proposed Mars 2020 mission can be found at: