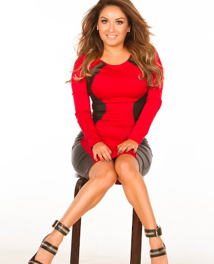 Natalie Alvarado has quite an amazing story. From a young self described “tomboy” who was forced into dance, she become a professional dancer, choreographer, and entertainment professional. Alvarado, who now works for the Houston Rockets as Entertainment Manager, Choreographer and coach for the Rockets Power Dancers, recently joined radio host Kevin Price along with financial coach and co-host Chris Kidd on the Price of Business radio show, to talk about her career and being selected to manage and choreograph the dance team for this year’s NBA All Star weekend. Click here to listen to the entire interview  here. 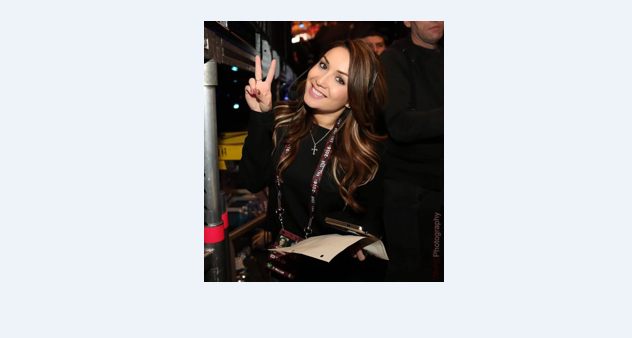 “I actually used to dance for the Rockets. I was a Power Dancer for 7 seasons, then moved on to the music industry. Then I’ve been back with the Rockets. This is my fourth season now as Entertainment Manager. I couldn’t be a luckier girl,” Natalie said, as she filled Chris and Kevin in on her   background.

Chris Kidd asked Alvarado how she started with her dancing career. “Funny story,” she recalled, “my mother put me in dance when I was younger, like at 12 years. I didn’t do it at a young age, like most dancers do. At 12 years old I was such a tomboy. I wanted to play baseball with all the boys at school, and she decided to put me in little league drill team and I absolutely hated it. She said I cried, I didn’t want to go to practice. But we went to a competition and we won first place. And since then, I felt like what it was like to succeed as a performer and as a dancer, and I fell in love with it since then. As far as the choreography and the creative side of it, its something that I started to do in high school, probably my freshman year of high school when the dance team started going to competition and my director at the time allowed me to choreograph our prom routine. And again winning an award for that at such a young age, I started to be fascinated with creating something and seeing it come to  life.”

Click here to listen to the entire interview  here

Kevin Price asked what Natalie does in the off season, to which she replied, “It’s actually not much of an off season.” Once the season is over it is time to begin prepping for auditions that will take place in July. “We have audition workshops prior to RPD auditions. I get a few weeks off, but its kinda like a nonstop thing for  me.”

One of Natalie’s favorite things about working with the Houston Rockets organization is the charities they get to work with. She enjoys volunteering and helping others, and she loves being part of an organization. The Rockets recently held their Clutch City Cares for Kids night, where they raised over $100,000 to benefit the Sunshine Kids and Casa de Esperanza  charities.

“People come to basketball games for basketball games, but its not that way so much anymore, it’s really for a total entertainment experience,” Kevin Price exclaimed. The Rockets, who are fighting for one of the last Playoff spots, have had a rocky season. Price asked, “When a team is not doing particularly well, and let’s face its not been the best season for the Rockets, do you feel like there’s more pressure on you and your entertainment  crew?”

“Absolutely,” Alvarado replied, “I don’t want to call it pressure, but you definitely want perfection. I was actually talking about this with a friend just two days ago. Myself as the Entertainment Manager, and our whole Game Presentation Department, we do want that to happen. When a timeout hits and you’re done watching James Hardin make a magnificent play or Dwight Howard, and the players go to their huddle, what’s going to happen during that downtime? Our video department is amazing! They’ve won tons of awards. So if you’ve been to our arena you’ve seen our gigantic Jumbotron, our video board, so we do a lot on that as well, but yes the entertainment has to be top notch. Myself and my groups, we always aim for perfection and as long as we keep doing that we’ll remain successful. So far it’s been good with my four seasons  back.”

Natalie was selected earlier this year to manage the 2016 NBA All Star Dance Team. Alvarado says, “It was amazing” being selected to do the choreography for the NBA All Star weekend and manage the group of 30 dancers selected for the All Star game, and she would do it again in a heartbeat. And to top it off, her Rockets Power Dancer captain, Paige, was also selected to represent the Rockets with her in Toronto. (Read about Chris Kidd’s PriceofBusiness.com interview with Natalie & Paige: Behind the Scenes with Rockets Power  Dancers)

Whether it is the Rockets Power Dancers, the Launch Crew, or the Space City Seniors (a 55+ Hip Hop squad of men and women), the fans who attend a Houston Rockets game are sure to be entertained! Behind the scenes she may go unnoticed by fans who are enjoying the game and the entertainment, but Natalie Alvarado is the magic behind the show. Don’t let her small size fool you, this girl is doing big  things!

Click here to listen to the entire interview  here