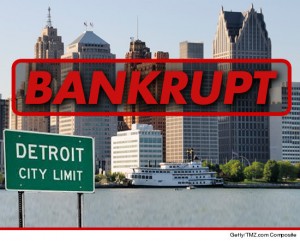 The following statement can be attributed to the National League of Cities’ Executive Director, Clarence Anthony:

“We are disappointed that Detroit has to file for bankruptcy today.  This is not unexpected, but is unfortunate for the residents and businesses of the community.  While the city’s eligibility for bankruptcy protection still needs to be approved, bankruptcy offers the city a chance to restructure its debt to find a sustainable path forward. We can only hope that all parties will come to quick agreement.

“It is important to note that municipal bankruptcy is extremely rare. There were only 54 filings from 1970 to 2009 and only four of those were cities or counties. Many of those cities had unique circumstances, combined with poor management practices.  Detroitis also facing long-term structural issues like a dramatic drop in population.

“NLC research has shown that cities nationally are better off financially than they were just several years ago.  Detroit should not be seen as emblematic of cities or as a harbinger of what’s to come.

“As cities continue to face post-recession financial stress, the question is not about declaring bankruptcy but about the types and depth of services they offer. The vast majority of cities continue to make the difficult, yet prudent financial decisions that keep their cities in sound financial shape and in good standing. Outside of bankruptcy, they renegotiate contracts, draw on rainy day funds, form public private partnerships, and reduce health care and pension benefits.

“City leaders are generally finding ways to invest in their local communities so they can grow and prosper.”

The National League of Cities is dedicated to helping city leaders build better communities. NLC is a resource and advocate for 19,000 cities, towns and villages, representing more than 218 million Americans.