WASHINGTON, June 28, 2013 /PRNewswire-USNewswire/ — This Independence Day, thousands of cars will hit the road as Americans celebrate summer with family and friends. According to the Nation 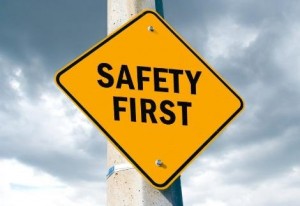 al Coalition for Safer Roads (NCSR), July 4th ranked as the second riskiest summer holiday for drivers when it comes to red-light running – with more than 6,500 violations issued on the holiday alone in 2012. Of the summer holidays, Independence Day came in a close second behind Memorial Day and ranked higher than Labor Day.

In three states – Illinois, Ohio and Virginia – the 4th of July ranked as the riskiest red-light running holiday of 2012. In addition to the traditional summer holidays, NCSR looked at red-light running during the Super Bowl, Halloween, Thanksgiving, Christmas, and New Year’s Eve.

“Red-light safety camera data has proven time and again that summer driving is dangerous. We hope these numbers will highlight the need for caution during the 4th of July holiday weekend and throughout the summer and rest of the year,” says Melissa Wandall, President of NCSR.

Summertime presents drivers with increased risk on the road as more people are driving longer distances for summer travel. An analysis recently released by NCSR and FocusDriven showed that distracted drivers had a significant impact on red-light running in the summer months of 2012.  The analysis – Stop Distraction on Red: The Effects of Distracted Driving on Intersection Safety – found that more than 1.8 million red-light violations from June through August 2012 were a result of distracted driving. The campaign continues to promote safe summer driving by highlighting the dangers of distracted driving behavior.

It is clear that red-light running remains an issue on roadways year round, beyond the peak of violations during holiday travel periods. According to the National Highway Traffic Safety Administration, intersection-related vehicle accidents caused more than 8,500 fatalities in 2011. NCSR urges all drivers who are hitting the road this 4th of July to take extra precautions while driving, especially in and around intersections.