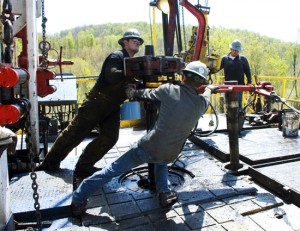 A new bill introduced in Washington would deny authority to U.S. federal regulators the ability to enforce federal rules on hydraulic fracturing, or fracking, on federal lands where state regulations are already in place, and the bill’s sponsor explained in an interview with Platts Energy Week, an all energy news and talk show program.
The main premise of the bill is to “assert the primacy of states rights to regulate hydraulic fracturing,” Congressman Bill Flores, a Texas republican, said on the Platts Energy Week television program that aired Sunday.
The bill is partly in response to a draft proposal from the U.S. Bureau of Land Management (BLM) that seeks comments on creating guidelines for regulating fracking on federal and Indian lands.
The title of Flores’ bill, H.R. 2728: “Protecting States’ Rights to Promote American Energy Security Act,” underscored the congressman’s point that states ought to be left alone in regulating fracking within their borders.
“The reason [for the bill] is because that when you look at the totality of all the federal statutes there are a limited number of statutes that give the federal government a limited authority to regulate hydraulic fracturing. And so with respect to the Bureau of Land Management or Department of Interior (DOI) trying to regulate hydraulic fracturing they are trying to develop a solution for a problem that doesn’t exist,” Flores said.
The U.S. has had two Energy Protection Agency (EPA) administrators, a new Department of Energy Secretary (DOE) and a new study from the DOE all saying “there’s no evidence of environmental problems arising from hydraulic fracturing,” Flores said.
Why have there been no problems, the congressmen asked rhetorically, “because the states have done a really good job over the last 60 years with real world experience over a million [fracking] operations and so the states do a better job [of regulating],” Flores said.
While the Interior department says its rules would apply only when states’ rules are less stringent than the federal government’s, the congressman is still concerned about the federal government overstepping its bounds.
Congressman Flores noted that despite lack of authority to do so, there were 10 federal agencies looking to jump into the regulatory fray over fracking and most of them have “little statutory authority whatsoever to do this,” and that the DOI’s proposal is just the “nose under the tent.”
“If they can get in…then eventually you get a national standard over an area where they really don’t have the expertise…and more importantly they don’t have the federal statutory authority to do it,” Flores said.
“Why do we need to pile another set of regulations of top regulations that already work,” Flores questioned.
Since most fracking takes place on private lands where states have clear authority to regulate fracking the congressman’s bill would appear to be unnecessary particularly as it had little chance of passing the Senate or being signed by President Obama.
The regulation is needed, however, to keep the federal government from its aim of regulating fracking, the congressman said, and his bill would formalize a system to allow states to regulate what’s going on within their borders.
The bill will also be part of the Republican’s negotiating strategy  for when the president or Democratically-led Senate want to do something about gasoline prices or look at the energy industry for job growth, then as Flores said, “We’ve already got this [bill] teed up.”
The bill is actually one of many that’s part of the House Republican energy plan to enable the U.S. to achieve energy security by 2020. Flores, a longtime oilman and former CEO of Phoenix Exploration Co., is a member of the House Energy Action Team (H.E.A.T.). This group, Flores said, is set to unveil a raft of bills to achieve that goal, and expects “this bill will ultimately wind up being part of a H.E.A.T. package of bills that hits the house floor.”
As to whether he has been communicating with the administration on their plans, Flores said he’s hopeful that he can work with newly appointed [DOI] Secretary Sally Jewell, “She is a cabinet secretary we believe we can work with particularly with respect to energy.”