The 2012 presidential campaign will come down to which candidate has more charisma with swing voters — giving Barack Obama the edge he needs over Republican challenger Mitt Romney, says Mark Edward Taylor, author of the just-released Kindle book Charisma: Why Obama Will Beat Romney (Edenridge Press). “Voters who pick a candidate just before the election usually decide on the basis of likability, not issues,” says Taylor. 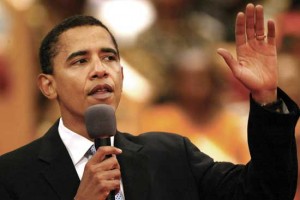 Taylor (Ph.D. Northwestern), also author of last year’s Branding Obamessiah: The Rise of an American Idol, says that although the Obama campaign has floundered in its initial candidate rebranding, Romney hasn’t been able to generate much magnetism, even after winning enough delegates to secure the Republican nomination.

“The race is coming down to dueling lackluster brands,” says Taylor.

“David Axelrod and company are resurrecting Obama as the compassionate community organizer. Hence all of Obama’s talk about economic fairness and his public support for gay marriage,” says Taylor.

“Romney’s campaign is branding him as a kind of missionary CEO who has been called to revive the economy,” explains Taylor. “But Romney personally doesn’t have the charisma to play the part. He’s too wooden, too seemingly artificial.” Taylor adds, “Romney doesn’t even come across as believing fully in himself.”

Taylor argues that in spite of Obama’s poor economic record, the Democratic president has the advantage of residual brand appeal from 2008. “All Obama has to do is revive enough of his charismatic brand appeal with swing voters in the days leading up to the election,” says Taylor. “If he does that successfully, just about everything else that happens between now and November will be irrelevant.”

Taylor, who closely studied the 2008 Obama campaign from his hometown of Chicago while teaching at Loyola University, says Romney’s only chance for victory is to overcome his uninspiring rhetorical style. “He’s got to stop stammering, speak more slowly and confidently, proclaim more regally what he actually believes, and imagine himself as president rather than someone’s kindly uncle who gets embarrassed when he says anything bad about anyone.”

If Taylor is right, Barack Obama will be the first president to win reelection with this level of unemployment since Franklin Roosevelt.