By Difference-Works.com, Special for US Daily Review. 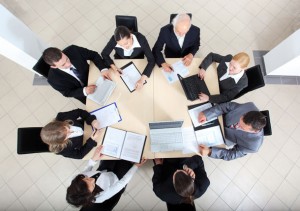 Lack of gender diversity in the workplace is generally seen as a problem for women. In Difference Works: Improving Retention, Productivity and Profitability through Inclusion, business consultant Caroline Turner points out that it poses an even greater problem for business leaders, one with a hefty price tag that includes a direct, negative, and significant impact on productivity and the bottom line.

Turner, part of the wave of women in the mid 1970’s who moved into jobs traditionally held by men, climbed the corporate ladder at Coors Brewing Company to become their first female Senior Vice President. Not resting on her personal C-Suite success, she became an advocate for women to have their fair shot at the upper ranks, and now works as a business consultant advising clients on creating cultures of inclusion. In Difference Works, Turner shares the same insightful information she offers as a consultant and in workshops and speeches.

Difference Works presents the data that proves women are still not proportionally represented at the upper levels of business, and how this imbalance directly affects a business’ bottom line. Turner first explores the reasons why women tend to stop climbing the corporate ladder more often than men, identifying the unintentional and unconscious obstacles which bar women from full access. The solution, Turner posits, is for women and business leaders to become aware of these obstacles as well as of the differences between the masculine and feminine business approaches, thus obtaining the ability to leverage these differences for positive business outcomes.

At its core, Difference Works is an enlightening and even fun exploration of how masculine and feminine differences manifest at work, introducing two prototypes: Max, who represents the masculine way of thinking and behaving and Fran, who represents the feminine approach. In each area, readers see how the approach of Max and Fran differ from one another, and the corresponding strengths and limitations of each.

“It starts with awareness and understanding of masculine-feminine differences,” says Turner, “which enables appreciation of the strengths of each, which in turn enables inclusive behavior.

“The benefits continue as inclusiveness increases engagement, which then unleashes productivity and improves profits. I stress awareness and understanding because they displace judgment, just like light displaces darkness. With awareness, leaders have choice – and can develop skills to think and act inclusively.”

Caroline Turner began her career as a successful lawyer in a private practice, becoming partner in a large regional firm in the demanding area of securities law and mergers and acquisitions. Later, she climbed the corporate ladder at Coors Brewing Company and its parent company (now MillerCoors and MolsonCoors) to become the company’s first female Senior Vice President.

Turner is now a business consultant, advising clients on creating cultures of inclusion, facilitating workshops and delivering speeches. She is a member of the board of directors for Women’s Vision Foundation, which provides leadership development for corporate women and helps its corporate members engage, retain and promote women. She has served in leadership roles in several other organizations and initiatives, including Warren Village, the Colorado Women’s Hall of Fame, Women’s Forum of Colorado, the University of Denver College of Law, The Mentoring Company, the National Hispana Leadership Institute, and the National Council of La Raza. Turner was named the Corporate Woman of the Year by the Women’sVision Foundation in 2000 and Outstanding Alumni from the University of Denver College of Law in 1999.