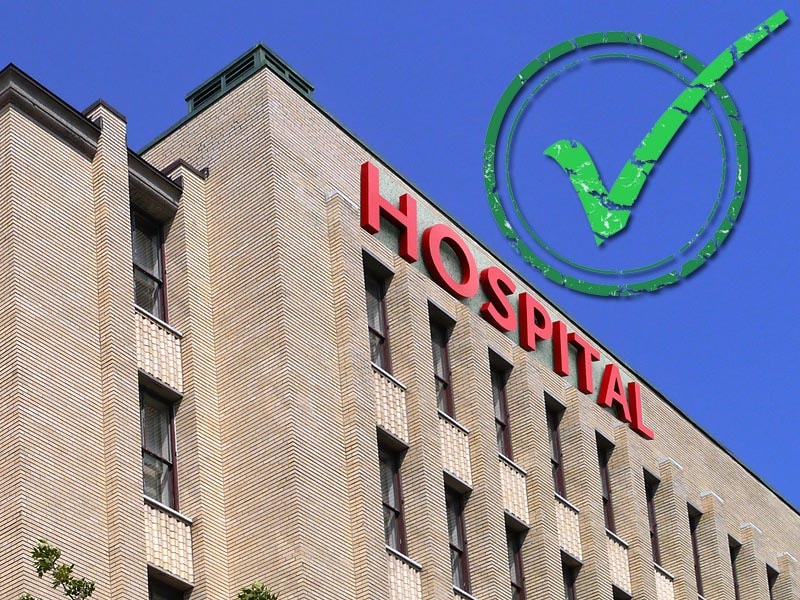 At a time of unprecedented attention on U.S. hospitals, statistics suggest that more than 1,000 people die each day in the U.S. because of preventable hospital errors. That doesn’t include the many others who survive accidents and injuries that take place in a hospital setting, reinforcing the need for hospital vigilance and patient awareness. However, not all hospitals are equal. Released today, new data from The Leapfrog Group (Leapfrog) provides updated patient safety ratings for more than 2,500 general hospitals, helping consumers to make smarter choices in their personal health care.

The Fall 2014 update to Leapfrog’s Hospital Safety Score, which assigns A, B, C, D and F grades to hospitals based on their ability to prevent errors, injuries and infections, shows that while hospitals have made significant improvements when it comes to implementing processes of care and safe practices, performance on outcomes lags behind. Since April 2014, there’s been improvement on all 15 of Leapfrog’s “process” measures—such as hand hygiene and physician staffing in intensive care units. However, the data also points to a lack of progress on outcomes, with hospitals even declining on certain measures, such as preventing surgical site infections in patients who have undergone major colon surgery (SSI: Colon).

“While the data tells us that hospitals are improving their safe practices, it’s concerning to see them moving backwards on any measure. Patients enter a hospital trusting they’re in a safe place, but with 41 percent of hospitals receiving a ‘C,’ ‘D’ or ‘F’ grade, it’s clear that some hospitals are safer than others,” said Leah Binder, president and CEO of Leapfrog, the not-for-profit organization that administers the Hospital Safety Score.

Binder notes the Hospital Safety Scores are being released to the public at a time when Ebola has drawn the subject of patient safety into sharp focus. More specifically, the spotlight has landed on Texas Health Presbyterian Hospital in Dallas for its apparent missteps in diagnosing an Ebola patient. This hospital received an “A” grade on the Fall 2014 Hospital Safety Score for its past performance on safety measures.

“Though we don’t have much data on infectious diseases specifically, such as Ebola, we know that some hospitals are much better than others at preventing harm. Yet even “A” hospitals make mistakes, and sometimes patients are harmed. Based on the data Leapfrog used in the Hospital Safety Score, Texas Health Presbyterian is among the safer hospitals in the nation. The recent mishandling of Ebola cases proves that as a country, our hospitals must work harder to become prepared for this and any future threats,” added Binder.

Binder notes that with up to 400,000 lives lost annually and one in 25 patients acquiring an infection in the hospital, it’s crucial for consumers to be proactive about their health care.

“Consumers have largely taken the time to educate themselves about insurance plans and pricing. Now, we need patients to take the next step, putting safety first, for themselves and their families, and that means seeking out the safest hospitals in their area. The Hospital Safety Score arms consumers with that information,” added Binder.

The Hospital Safety Score is calculated by top patient safety experts, peer-reviewed, fully transparent and free to the public. A full analysis of the data and methodology used in determining grades is available online at www.hospitalsafetyscore.org. The newly re-launched website now includes consumer-friendly videos and tips for patients and their loved ones. A Hospital Safety Score mobile app is also available for download.

For more information about the Hospital Safety Score or to view the list of state rankings, please visit www.hospitalsafetyscore.org. To learn how employers are footing the bill for hospital errors, visit Leapfrog’s Cost Calculator. Journalists interested in scheduling an interview should contact LeapfrogMedia@sternassociates.com.

About The Leapfrog Group
The Hospital Safety Score is an initiative of The Leapfrog Group (www.leapfroggroup.org), a national, nonprofit organization using the collective leverage of large purchasers of health care to initiate breakthrough improvements in the safety, quality and affordability of health care for Americans. The flagship Leapfrog Hospital Survey allows purchasers to structure their contracts and purchasing to reward the highest performing hospitals. The Leapfrog Group was founded in November 2000 with support from the Business Roundtable and national funders and is now independently operated with support from its purchaser and other members.