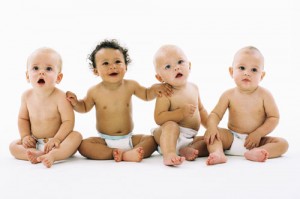 “I applaud the House vote on a bill that is truly informed by modern science, which shows unborn children are fully capable of experiencing pain by 20 weeks after fertilization. Unborn children in their sixth month of pregnancy or later are routinely given anesthesia during prenatal surgery, so this legislation conforms federal abortion law to modern science.

“It’s disappointing that the president is stuck in the Roe v. Wade science of the ’70s and has threatened to veto the bill. Ignoring modern science is harmful to both unborn children and mothers, as we know babies can survive as early as 22 weeks after gestation. The horrific pain of being ripped apart limb by limb must be stopped.

“Dr. Kermit Gosnell’s house of horrors shows we must stop late abortion. He was convicted of murdering babies born alive but also of 21 counts of illegal late abortions after 24 weeks in violation of state law. Yet many states continue to allow these brutal late abortions through the ninth month.

“The only difference between killing a baby born alive and aborting them just prior to birth is location. Human dignity is not dependent upon location.

“We call on the Senate to update legal protection for pain-capable children and pass this legislation to stop future Gosnells.Americans overwhelmingly support restrictions to late abortion and we urge the Senate to ignore the president’s advisors and pass the House bill,” concluded Perkins.