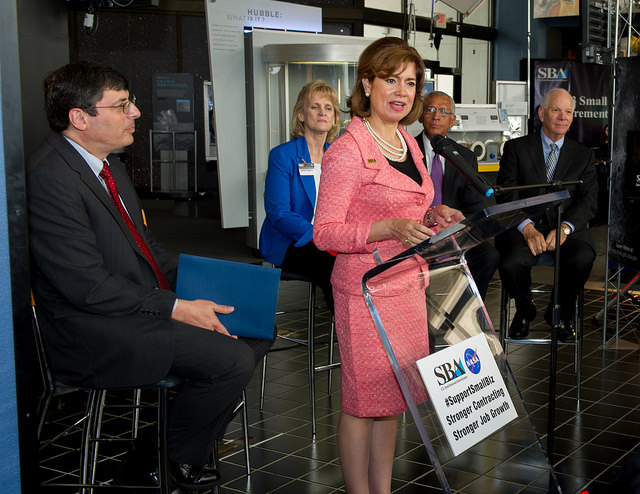 The Small Business Administration (SBA) is taking public comment on a new policy that would create a “safe harbor from fraud penalties” for large businesses that misrepresent themselves as small businesses to illegally receive federal small business contracts.

Individuals can send comments to the SBA on the “safe harbor from fraud penalties” policy by going the proposed rule on the Federal Register website and clicking on “Submit a formal comment” in the upper right hand corner.

Under section 16 (d) of the Small Business Act, the penalty for large businesses that misrepresent themselves to illegally land federal small business contracts is up to 10 years in prison.

If the SBA “safe harbor” policy is adopted, large businesses that are caught committing fraud can simply claim they “acted in good faith” and avoid any penalties. Legitimate small businesses could lose billions of dollars a year in federal contracts as the penalties for hijacking federal small business contracts are essentially removed.

Every year for a decade the SBA Office of Inspector General has named the diversion of federal small business contracts to large businesses as the number one problem at the SBA. The SBA has consistently refused to adopt any policies to halt the rampant fraud.

The SBA even denied the widely reported fraud calling it a “myth” in a 2006 press release titled “Myth vs. Fact“.

NBC, ABC, CBS, CNN, MSNBC, Fox and CNBC have all reported on the fraud and abuse at the SBA.

In 2003 an investigation by the Government Accountability Office (GAO) found over 5,000 large businesses were receiving federal small business contracts.

Report 5-14 from the SBA Inspector General found the SBA was reporting awards to large businesses as small business awards in its own procurements. One of the firms the SBA reported as a small business was Buhrmann NV, a firm located in Holland with over 26,000 employees around the world in 28 countries.

An investigation by the General Accounting Office essentially accused the SBA of encouraging fraud. GAO Report 10-108 stated, “By failing to hold firms accountable, SBA and contracting agencies have sent a message to the contracting community that there is no punishment or consequences for committing fraud…”

Even President Obama recognized the fraud at the SBA when he stated, “It is time to end the diversion of federal small business contracts to corporate giants.”