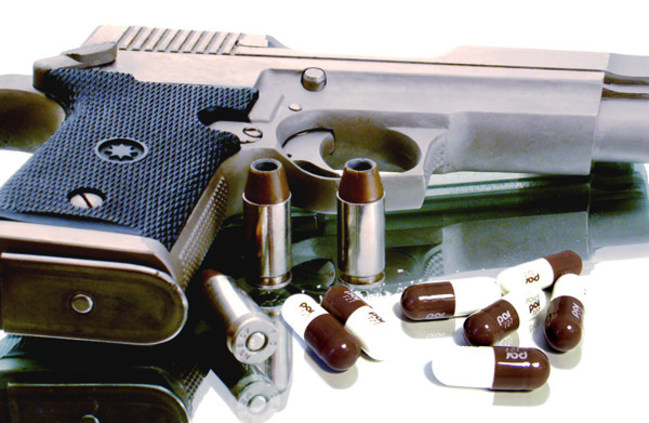 By Citizens Commission on Human Rights International, Special for  USDR

A BBC Panorama documentary, “A Prescription for Murder?” that aired in the UK last week, explored the role of antidepressants in the shooting rampage committed by James Holmes at the Aurora, Colorado cinema on July 20, 2012. Holmes, with no prior history of violence, was taking an antidepressant linked to violent and suicidal behavior when he coldly executed 12 innocent people and injured dozens more at a midnight screening of the Batman film, The Dark Knight Rises. An internationally renowned psychopharmacologist, Prof. David Healy, who interviewed Holmes prior to his trial, told the BBC, “I believe if he hadn’t taken the [antidepressant] sertraline, he wouldn’t have murdered  anyone.”[1]

Citizens Commission on Human Rights (CCHR) International, a mental health watchdog that has been documenting the effects of psychotropic drugs for 48 years, especially violent and suicidal effects, said the documentary vindicates many experts and advocacy groups that have warned about such dangers. The group says it should serve as a catalyst for law enforcement officers, coroners, and the courts to investigate psychotropic drug links to acts of  violence.

Through Freedom of Information requests, Panorama reported it had found that antidepressants have been associated with 28 reports of murder referred to the UK Medicines and Healthcare products Regulatory Agency in the last three decades. Murderous thoughts were also believed to be linked to the drugs on 32 occasions, according to the BBC  program.[2]

Panorama detailed how the psychiatrist who treated James Holmes had tripled his antidepressant dose from 50mg to 150mg per day over several appointments. There was, then, a steep decline in James’s behavior, BBC reported. Medical records show that fewer than four weeks after starting the pills, Holmes was showing “psychotic level thinking. Guarded, paranoid, hostile thoughts he won’t elaborate  on.”[3]

Holmes wrote about the initial effects of going on sertraline. He went back to see the psychiatrist and said the drug hadn’t helped his obsessive thoughts. She doubled the dose of sertraline from 50mg to 100mg. Healy believes this made Holmes’s mental state worse: “…when they are causing a problem, increasing the dose is a recipe for disaster.” Before meeting Holmes, Prof. Healy had “doubted the pills had played a part. But by the end of his prison visit he had reached a controversial conclusion,” BBC’s Shelley Jofre reported.[4] “These killings would never have happened had it not been for the medication James Holmes had been prescribed,” stated  Healy.[5][v]

“Aside from the fact that you have a guy who is now actively beginning to think and plan about harming others in a way that he just hadn’t been doing before, you have a change of personality. This is a totally different person,” says  Healy.[11]

Before he faced a court of law, Holmes was evaluated by a number of psychiatrists. “No two doctors reached exactly the same conclusion,” Jofre wrote.

There were diagnoses of schizophrenia, schizoid personality disorder, schizotypal disorder – or no diagnosable disorder at all. Some thought Holmes couldn’t legally be held responsible for his crime, on grounds of insanity. Others disagreed, arguing he still knew right from wrong when he carried out the shootings, according to BBC.[13] Thankfully, CCHR says, the insanity defense did not prevail in this horrific  tragedy.

Psychiatrist Phillip Resnick, Director of the Division of Forensic Psychiatry at Case Western Reserve University School of Medicine in Cleveland, Ohio, provided a theory to Panorama that the sertralinehelped reduce Holmes’ anxiety but with “his particular combination of homicidal desires, the reduction in the anxiety may have facilitated other forces…I think, at least in James Holmes’ mind, he believed that while he was on the medication it had an effect on him and by reducing the anxiety helped to free him to carry out the mass killing.”[14] [Emphasis  added]

It’s a theory that CCHR discounts in light of there currently being at least 27 international drug regulatory agency warnings on psychiatric drugs being linked to mania, hostility, aggression, violence and homicidal ideation (thoughts).[15] It says it has been one of its most important campaigns, in the interests of informed consent, to raise awareness about the risks of psychotropic drugs causing adverse effects the person may be told is a sign of their “mental illness,” rather than changing their mind and behavior. As the group  details:

In July 2015, Holmes was found guilty on all counts of murder and multiple counts of attempted murder and was sentenced to 12 life sentences plus 3,318 years in prison.[21] In sentencing Holmes, Judge Carlos A. Samour Jr. said the trial had provided a platform for the community to know the people who were lost, and to learn about how such horrific, violent acts affect hundreds if not thousands of  people.[22]

CCHR says the judge’s compelling words which, along with the media coverage of the UK documentary of Holmes and the drug he was prescribed, should serve as a warning and as a guide to ensuring all senseless violent crimes are investigated to determine if there are any potential psychotropic drugs involved and to make this publicly  known.

CCHR is currently producing a detailed report on this issue as a public service to consumers, families, legislators, doctors and law enforcement officers.As a nonprofit, CCHR relies on memberships and donations to carry out its mission and to research, write and produce such reports. Click here to support the  cause.

[4] Shelley Jofre, “THE BATMAN KILLER—PRESCRIPTION FOR MURDER?: JAMES HOLMES, A YOUNG MAN WITH NO RECORD OF VIOLENCE, MURDERED 12 PEOPLE WATCHING BATMAN IN A COLORADO CINEMA IN 2012.  DID AN SSRI ANTIDEPRESSANT, PRESCRIBED BY A DOCTOR, PLAY A PART IN THE KILLING?” BBC online, 26 July 2017, http://www.bbc.co.uk/news/resources/idt-sh/aurora_shooting.