For anyone who doubted the exhilaration that Opening Weekend in the NFL affords, the League provided them with a strong reminder. What a weekend of football. 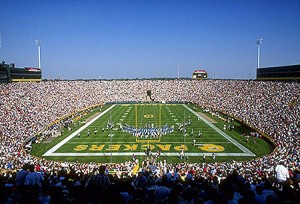 Drama began last Thursday evening in a defenseless showdown between the Green Bay Packers and the New Orleans Saints. The defending champion Packers eventually came out on top in a game that included 76 points, no interceptions, a record-setting 108-yard kickoff return by Packers rookie Randall Cobb, and a final defensive stop at the one-yard line with time expiring.

The off-season lockout that threw a block in the progression of the League for so many months finally came to an end just a few short weeks ago. The lockout, which was essentially based on a financial dispute between the owners and the Players Association, threatened to cancel the entire 2011/2012 season. Agreements were finally reached in a series of deals that many say favor the owners over the players, who took a number of cutbacks in order to let the season continue as planned. Thankfully for the fans, the new season began on Thursday night in Wisconsin. The ‘Lambeau Leap’ was back.

This author’s favored team, the Houston Texans, demolished a toothless Indianapolis Colts team who, without Peyton Manning, look unlikely to defend their division champion status. Manning is out of the team lineup due to a series of recent neck surgeries. The quarterback, possibly the league’s most valuable player, is slated to be out for 2-3 months, and maybe the entire season. With the Colts in trouble, the division looks to be in the hands of Houston. 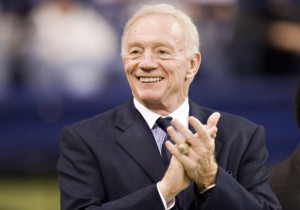 What to say about the Dallas Cowboys, ‘America’s Team.’ Playing against the Jets in a highly-charged 9/11 occasion in New Jersey, the Cowboys once again failed to hold on to a late lead. It seems that Tony Romo has confirmed his reputation as a quarterback who fails to provide in the dying minutes of games, tarnishing a potentially good legacy with a ‘choker’ brush. Romo fumbled the ball on the two-yard line in the last few minutes and on the next Cowboys possession threw an inexplicable interception into Jets coverage. New York then kicked a 50-yard field goal with no time left to give them a comeback 27-24 victory and leave the Cowboys with little but embarrassed faces.

In San Diego, wishy-washy new quarterback Donovan McNabb gave a lot of credence to those who say his best days are behind him. The former Pro-Bowler threw an interception on his first ever pass in a Vikings uniform, and proceeded to complete only 39-yards of passing in the game. Nate Kaeding, one of the league’s most revered place-kickers, tore his ACL on the opening kickoff and is reported to be out for the entire season. A day of bad luck for some, it must be said.

In Baltimore, the Ravens put on a defensive clinic in the face of the rugged Steelers who, revered as one of the league’s meanest defenses, looked shaky and second-best. Joe Flacco proved himself as a sterling quarterback and it seems that Pittsburgh now needs to turn up next weekend with clenched fists and show themselves as still capable of putting the fear in their division rivals. 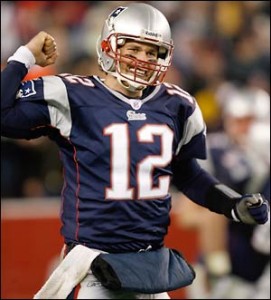 Monday night was the Tom Brady Show. The New England Patriots’ outstanding quarterback threw for 517-yards, a team record, and four touchdowns, the pick of which was a 99-yard completion to popular target Wes Welker. The Patriots defeated a much-improved Miami Dolphins team who at times showed solid strength and will surely be able to punish upcoming teams in their schedule. Last season, Tom Brady became the first ever player to unanimously win the league MVP award. On Monday Night Football he looked as deadly as ever.