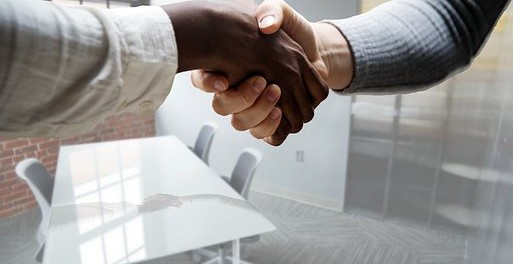 According to the November Employment Report, the labor situation in the US shows some promise. The overall unemployment rate has been going down this year. However slow the change is, it’s going in the right direction. Despite the recent market fluctuations due to the US-China trade war, the country’s economy remains solid and shows positive growth. New York business owners can rejoice.

US Employers Are Creating New Jobs: Home for More Business Growth in 2019

According to Bloomberg, economists aren’t surprised with the November Employment Report as the hiring rate has been growing for months. Moreover, the payrolls have been growing as well, which is a good indicator of a stronger economy.

The latest report proved that all those positive trends continue and in November, US employers created 195,000 new jobs. Unsurprisingly, this development helped keep the unemployment rate at 3.7%. This is the lowest it has been over the last 50 years, which seems like a small miracle considering the volatile situation with the trade war.

Investors are concerned with this volatility and they definitely need to watch the stocks carefully. However, according to economists, there aren’t any reasons to fear for one’s livelihood. So far, the economy is growing at a steady pace. It’s true that the pace slowed down compared to the situation of a few months ago. However, the growth continues and experts predict that this situation won’t change for a while yet.

For an average New York business owner, this means that now is a good time to add new members to the team. Small businesses, in particular, are in a good position from benefit from this if they use PEO New York services. Those can help them avoid employment taxes, thus opening a possibility to hire professionals with better qualifications.

Making this kind of team change might be the key factor for success in 2019 because not all factors indicate a positive future for the economy.

Will Positive Economy Growth Continue in 2019?

Analysts working with the current data agree that the situation looks promising. The growth, which is steady now, is sure to persist for a few months yet. However, a long-term prognosis isn’t as positive.

The Dow Jones has dipped by 700 points the day after the former President George H. W. Bush’s death. And before that it dropped by 800 points. If this situation should continue, the country’s economy is sure to suffer.

According to experts, the trade war is responsible for these issues. Considering the steadily worsening situation around it, the positive dynamic America currently has will not last. And should tariffs increase, it’s not only the US that will be at risk. The global economy will be affected greatly.

Moreover, last month many investors panicked when witnessing a rapid drop in interest rates on long-term bonds. While this change wasn’t abysmal and short-term bonds’ interest rates only dropped minimally, the overall situation doesn’t look good. Historically, such a change in bond interest rates indicates an oncoming downturn in the economy.

However, with the volatility caused by the trade war situation, the future is hard to predict. This makes investors uneasy and makes the recession seem unavoidable.

For now, it’s clear that should the President Administration not reach an agreement with the Chinese Government, tariffs will go up. This doesn’t mean that the US economic growth will stop in 2019. However, it will definitely slow down significantly.

Therefore, any New York Business that wants to expand in 2019 should consider doing it now to get enough momentum to carry the company through the possible economic downturn. Hopefully, the governments come to an agreement that doesn’t affect the US stability by much. In this case, 2019 looks to be a very promising year for American businesses.