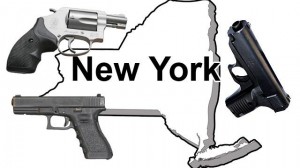 The public advocate for the City of New York has told the Second Amendment Foundation that it will need additional time to comply with a Freedom of Information Law request seeking documents and records related to Mayors Against Illegal Guns and “communications with gun control advocacy organizations.”

The files, which initially were to have been provided by July 26 will now, according to a letter from Calvin J. Rodman, records access officer for the city, be provided by Aug. 9.

SAF Special Projects Director Philip Watson said this is encouraging news for two reasons. First, he explained, it means the city is responding to the SAF request and second, it indicates there may be a considerable amount of information about the city’s dealings with MAIG.

SAF made the request in cooperation with the Citizens Committee for the Right to Keep and Bear Arms, and Tom Gresham, host of the nationally-syndicated “Gun Talk.”

“It was bad enough to learn via CBS News that the MAIG website was being hosted on a city-owned server, and administered by city employees,” said SAF founder and Executive Vice President Alan Gottlieb, “but it also appears that a special counselor in the mayor’s office was sent to lobby in Nevada on behalf of MAIG’s gun control agenda.”

The New York Post and Politico both published reports last month that Mayor Bloomberg sent counselor Christopher Kocher to Nevada, and that in an apparent attempt to conceal who he worked for, Kocher reportedly removed his City Hall e-mail address from the state of Nevada lobbying-registration Web site.

SAF founder and Executive Vice President Alan Gottlieb is disappointed the city could not meet its own original deadline, but with the prospect of getting all of the information requested, “I can be a little more patient.”

“We’re not going to wait indefinitely, of course,” he stated. “The mayor’s office has an obligation to provide the information requested, because the public has a right to know what’s been going on.”