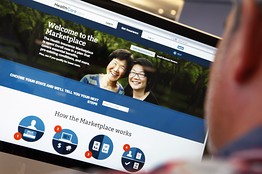 According to an investigation by the Government Accountability Office (GAO), the enrollment system for the Affordable Care Act (ACA or “ObamaCare”), gets a score of 92 percent for incompetence, writesNew York neurologist Lawrence R. Huntoon, M.D., Ph.D., in the fall issue of the Journal of American Physicians and Surgeons.

The GAO found that 92 percent (11/12) of fictitious enrollees were approved and given subsidized coverage. “If one wanted to design a system that would be vulnerable to fraud, waste and abuse, this is it,” Huntoon writes.

The second part of the GAO’s test, designed to see to what extent, if any, “in-person assisters would encourage applicants to misstate income in order to qualify for income-based subsidies,” could not even be tested, Huntoon states, because of the non-functioning HealthCare.gov website and pervasive bureaucratic incompetence.

The true number of actual enrollees in ObamaCare is unknown, Huntoon notes, because “in effect, CMS has given insurers a blank check, allowing them to fill in the amount according to the number of individuals the insurer claims to have enrolled.”

Information supplied by applicants is supposed to be checked for inconsistencies with government or other sources, such as credit-reporting agencies. Of 4.3 million inconsistencies, only 650,000 have been cleared by the government’s contractor.

“When the GAO inquired about efforts to detect fraud in the enrollment process and the process of obtaining government subsidies, CMS essentially told the GAO that was not in its job description,” Huntoon states. “The inescapable conclusion is that the designers of ‘ObamaCare’ did not care about eligibility of enrollees or qualifications for government subsidies. The goal was simply to sign people up.”

Huntoon concludes: “The pervasive incompetence in the ‘ObamaCare’ bureaucracy, demonstrated by the GAO’s findings, is shocking and clearly beyond repair.”

The Journal is the official, peer-reviewed publication of the Association of American Physicians and Surgeons (AAPS), a national organization representing physicians in all specialties, founded in 1943 to preserve private medicine and the patient-physician relationship.