By Dave Bego, Special for USDR 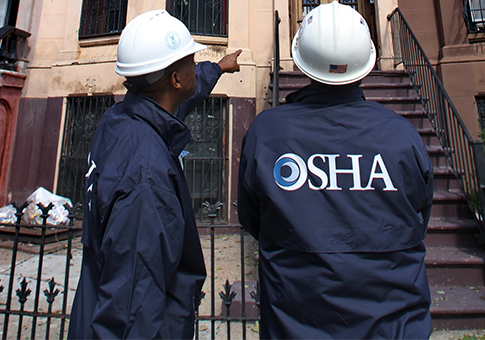 Last week, OSHA joined the ranks of the National Labor Relations Board (NLRB), the Department of Labor (DOL), and the Equal Employment Opportunity Commission (EEOC) in furthering the Obama Administration’s push to implement “card check” as pay back for Big Labor’s political contributions and ground game support during the past two Presidential Elections (see past blog, Card Check through Regulation vs. Legislation).

Perhaps the silence is the result of the media’s view that the provisions contained in the “interpretation letter” amount to nothing more than harmless, common sense provisions designed to assist employees who feel exposed to potential unsafe working conditions. On the surface this would seem reasonable. However, this provision has been part of OSHA regulations for years. Never before has it been interpreted to allow non-union employees to utilize a third-party union to act as their representative.

So, why now? Despite the Administration’s best attempts, Big Labor continues to lose hundreds of thousands of members as they have lost all relevance and no longer deliver a product of value.  This action by the Obama Administration through its Chief Safety Regulator opens a huge opportunity for unions to enter non-union facilities under the auspices of government approval, and to begin organizing the employees. The unions have become enabled with recent Rogue NLRB decisions allowing unionization of small groups of employees, or “micro-units” within an employers business.  These actions are nothing but blatant Administration attempts to provide Big Labor the opportunity to get its foot in the door of non-union facilities where they previously had no chance to organize the workforce!

During the SEIU’s Corporate Campaigns against my company (EMS), the SEIU actually utilized this tactic in order to defame and intimidate the company into signing a Neutrality Agreement thus eliminating the secret ballot election and imposing Card Check, as chronicled in The Devil at Our Doorstep. The SEIU was, ultimately, unsuccessful.   However, had these two decisions been in place at the time, the SEIU might very well have been successful in organizing a small unit of employees within EMS’s workforce.  The union would simply have to convince, by any means necessary, a couple of employees to join the union cause. They would then allege “safety violations” to OSHA. would then likely appear for an inspection, generally encompassing not just the complained of activities, but any potential safety concern, no matter how large or small.  This, of course, poses substantial risk, both financially and to the reputation of the targeted company.

“When I believed the war could not become more bizarre, it did. Without warning, SEIU filed an OSHA complaint in Cincinnati against EMS. This government agency, the Occupational Safety and Health Administration, establishes and enforces protective standards designed to prevent work-related injury, illnesses, and death.

The complaint charged that EMS employees were forced to carry human body parts out in bags at a Cincinnati university, that there were hazardous chemicals and dust in the bio lab, and that people were getting nosebleeds from the poor conditions. Then SEIU sent out handbills and letters alleging that EMS was being investigated for OSHA violations at the university. The word “investigated” had its obvious repercussions, a crafty move by the union. Predictably, when the truth was revealed, it became known that the lab in question was a regular biology lab anyone in college might use. There was no dust found and no hazardous materials of any kind. Animal parts from dissections existed, but no EMS employees touched or disposed of them. Human body parts were nonexistent, a figment of some SEIU organizer’s imagination.

The university’s own investigation confirmed these facts, and its independent report was forwarded to OSHA, who promptly dismissed the charges. Regardless, SEIU had used an inflammatory allegation to file trumped-up charges against EMS to defame our company and the university.”

By taking these actions, the union accomplished their first objective – get in the door and commence the pressure against the targeted company.  The stage is then set for the union to achieve Card Check by simply offering to have the charges withdrawn if the company would simply sign the Neutrality Agreement.  As a practical matter, this would eliminate the secret ballot election. The union would no longer have concern about whether or not they would be voted in by the employees.  Overnight the company would be unionized!

What makes the timing of the OSHA interpretation so questionable is the fact that the President’s recent recess appointees to the NLRB have been found unconstitutional and all of their decisions over the past year have been placed on hold until constitutional appointees can be made and the decisions revisited (see National Labor Relations Board or NBLR – National Big Labor Resuscitation and Tip of the Iceberg). These decisions were extremely pro-labor and designed to allow Big Labor to bypass Corporate Campaigns and achieve Card Check! Obviously, the President had to act swiftly in order to provide his Big Labor buddies with a new avenue to wage ruthless Death by a Thousand Cuts campaigns and utilize their Persuasion of Power to force unionize employees. Once again, it begs the question When Will the Main Stream Media Wake Up?