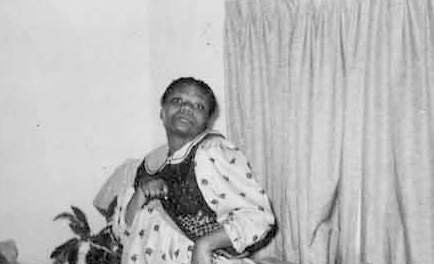 By Ann Willis, Special for  USDR

Pastor, Author and Playwright Ann Willis breaks her silence by telling her story about being raped and molested by multiple family members. They all attended the same Pentecostal church, and one of the attackers was the pastor, who also was her father.  The secret caused mental illnesses; she tells the steps it took to overcome this deadly  sickness.

While growing up and suffering these horrific violations of herself by those loved and trusted, Ann was fighting learning disabilities and personality disorders – flash backs, low self-esteem, anxiety attacks and suicidal tendencies. During one of her suicide attempts, Ann staged her own  kidnapping.

Through it all, Ann Willis relocated from Chicago with three small children to Dallas, Texas. Shortly after arriving in the Dallas Motorplex, Ann obtained her GED, went to college and is currently working on a B.A. Degree. Ann has authored numerous children’s books that can be obtained on Amazon.com. These were great milestones for Ann. However, the pentacle of her journey was when one night while asleep the Lord put on her heart to tell her story in hopes of helping others who may experienced similar circumstances. This was when she began to put her tragedy on paper, and the book “My Secret behind the Altar” was written. The book then became a successful stage play and will soon be transformed into a full-length motion picture. Let the truth be told, these setback in the early part of her life were in reality set ups for  greatness.

This determined, spiritually obedient woman of God forged forward seeking God’s purpose and was led to her mentor and friend Kenneth Carter who is now the Director of Activities at the ALB Community Center, and James Brandon Bishop, the head of the U.S. Eastern Synod of Order and Truth Kingdom Builders of International churches. James Brandon Bishop is also the overseer of Ann Willis Ministries. During her travels, Ann has built lasting relationships with musicians, pastors, churches and producers around the country and in  Africa.

Ann Willis is spreading her message by travelling to such places as New York, Atlanta, New Jersey and California sharing her story and spreading hope and good will. Ann is networking in an effort to get ready for the groundbreaking event of the opening of the ALB Community center in the Texas  area.