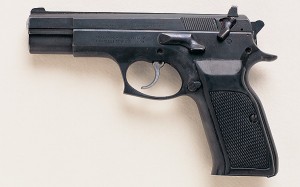 The following was released today by the Illinois State Rifle Association (ISRA):

The ISRA is congratulating the Illinois General Assembly for overriding Governor Quinn’s recent veto of concealed carry legislation.  By overriding the veto, the general assembly is affirming that law-abiding Illinois citizens have a right to defend themselves with the most effective means available – the defensive firearm.

“Over the past several weeks, the good people of Illinois have had to endure political showmanship, political gamesmanship, and ultimately political brinkmanship,” commented ISRA Executive Director Richard Pearson.  “But, in the end, good sense won out over the gun control extremists and Illinois now has a framework in place to allow citizens to defend themselves.”

“Of course this legislation is not perfect,” continued Pearson.  “Both sides had to engage in give and take to get where we are today.  Over the coming months and years, we’ll see what in the law works and what doesn’t.  We’ll fine tune the concealed carry provisions when necessary with the goal of maintaining high permitting standards while ensuring that the right to self defense may be exercised freely when circumstances warrant.”

The ISRA is the state’s leading advocate of safe, lawful, and responsible firearms ownership.  For more than a decade, the ISRA has represented the interests of millions of law-abiding Illinois firearm owners.