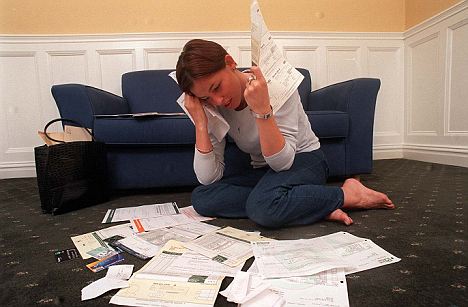 Every year, the dictionaries teams at Oxford University Press in the UK and the US put their heads together and come up with a Word (or Phrase) of the Year. This year, for the first time, both the UK and US teams have agreed on a global Word of the Year: squeezed middle.

While squeezed middle is British Labour Party leader Ed Miliband’s term for those seen as bearing the brunt of government tax burdens while having the least with which to relieve it, the Word of the Year committee in the US felt it had good resonance in the US, as well. Susie Dent, spokesperson for Oxford Dictionaries, said: “The speed with which squeezed middle has taken root, and the likelihood of its endurance while anxieties deepen, made it a good global candidate for Word of the Year.”

This year saw a particularly strong shortlist of contenders for Word of the Year. The shortlisted words for the US and UK differ, reflecting differences between more local issues and culture. In alphabetical order, here is the US selection of shortlisted words:

Arab Spring n.: a series of anti-government uprisings in various countries in North Africa and the Middle East, beginning in Tunisia in December 2010. [After Prague Spring, denoting the 1968 reform movement in Czechoslovakia.]

Bunga bunga n.: used in reference to parties hosted by the former Italian prime minister Silvio Berlusconi, at which various illicit sexual activities were alleged to have taken place.

Clicktivism n.: the use of social media and other online methods to promote a cause. [Blend of click and activism.]

Crowdfunding n.: the practice of funding a project or venture by raising many small amounts of money from a large number of people, typically via the Internet. [After crowdsourcing.]

Gamification n.: the application of concepts and techniques from games to other areas of activity, for instance as an online marketing technique.

Occupy n.: the name given to an international movement protesting against perceived economic injustice by occupying buildings or public places and staying there for an extended period of time. [From the imperative form of the verb occupy, as in the phrase Occupy Wall Street.]

The 99 percent: the bottom 99% of income earners, regarded collectively.

Tiger mother n.: a demanding mother who pushes her children to high achievement using methods regarded as typical of Asian childrearing. [Coined by Amy Chua in her book, Battle Hymn of the Tiger Mother.]