Editor’s Note: Former Gov. Tim Pawlenty (R-MN) recently withdrew in his quest to become president in 2012 and has already made an endorsement among his former opponents.  Many argued that he got out because of Rick Perry’s (R-TX) entrance into the race.  Thisimplies that he may have thought Perry was the strongest candidate and offered a strong opportunity for a GOP win in 2012.  When it came to style and temperament, Pawlenty was clearly similar to Romney, but he projected himself as far more conservative.  Everyone who cares will develop their own conclusions on the choice Pawlenty made.  Here is one perspective from USA Today’s Opinion page: 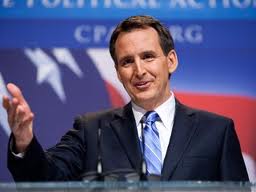 Pawlenty, a former Minnesota governor who dropped out of the race after a dismal third-place finish in the Iowa straw poll, gave Romney his backing as eight GOP presidential candidates meet in Tampa tonight for another debate.

A letter with Pawlenty’s… (read more)