By Joe Messina Special For USDR 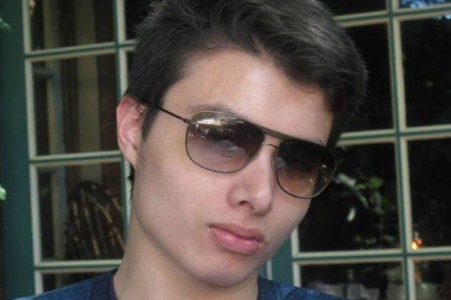 This story is tragic… for the family of the victims and the shooter, and for a community that will be, for a time, trying to piece this all together. I mean no disrespect to the families, victims, doctors, or responders to this event.

Over the weekend, a very disturbed young man killed 6 people (3 stabbed, 3 shot) and injured several others (some with his car) before turning the gun on himself.

The calls on Facebook went out immediately, “full background checks for all gun sales”, “we need to make it harder for people to get guns”, “high capacity magazines need to be banned”, and “no one needs a gun”. But really America, excuse me, really LIBERAL America, get a grip! This is the perfect case to show how foolish all those comments are!

This piece is going to be a little harsh, so stop reading if you don’t want an in-your-face look at this massacre.

Let’s start with the fact that Elliot Rodger was a very disturbed young man. He had been for some time before this killing rampage. As with many of these types of incidents, I am sure we will find out that many around him were “creeped” out by him and that he showed warning signs similar to those seen in other shootings.

Police had had contact with this young man several times. On one occasion they even said that after they met with him they found him to be, “polite and courteous,” even “timid and shy.” He indicated to deputies that he was having trouble in his social life and would not be coming back to school next semester. No big deal. Basically, a routine call.

Reports indicate Rodger was “being seen by a variety of health care professionals” but those details are protected information. In discussions with some of the locals and on police reports, Rodgers showed signs of aggression and irritation towards anyone that would not accept him. His 141 page manifesto and the video testimonials show a very disturbed young man. Let me repeat, a VERY DISTURBED young man.

Rodger’s friends said the reason he was hard to be around, male and female alike, is that he was constantly whining about either how he couldn’t get a date or bragging about his looks, sense of style, nice car, how well-spoken he was, and so on. In his recordings and writings he was obsessed with having sex and couldn’t understand why most of the women at college wouldn’t want to be with such a wonderful, awesome, handsome guy (him). In one of the videos he indicates this has been building up inside him for 8 years. And no one saw it? Or maybe, no one was willing to say anything?

The system failed the families affected by this tragedy! The police, the background checks, the parents, the neighbors, YES, the whole system.

The parents knew there was something up with this guy. They knew he was seeing a VARIETY of mental health professionals. Why? A family member called the police and alerted them to the many videos he had online that were disturbing and should have set off all kinds of bells and whistles with the college, the parents, the police, and others.

But because we can’t talk about someone’s mental health (it’s politically incorrect, you know) it’s better to keep those issues private than make sure we don’t have college campus stabbings and shootings, elementary school shootings, and mall shootings. Does this sound ridiculous to anyone else?

Rodger got these guns legally. He passed a background check. HOW? The system failed him and the community, that’s how. Regardless of all the calls on Facebook for more gun control, this is not a gun issue. It’s a mental health issue. He didn’t just use guns to do the damage he did. He also stabbed 3 people to death and injured several with his car. Will the next call be to control and ban knives and cars?

Looking around just a little into Rogers you find things like an obsession with YouTube videos like, eight minutes of the gory Game Of Thrones “Red Wedding” episode and Philosophy of the Knife, a graphic film about Japanese torture during World War II. Why didn’t his therapists see this as an issue?

Keep in mind he has his guns legally! He passed the federal gun check. WHY? According to the family lawyer he was being treated by multiple therapists and had been diagnosed as “a high-functioning patient with Asperger syndrome.” So, how did he get guns? Political correctness. We can’t talk about the mental health issue.

The federal government, the one charged with running your healthcare, protecting our ambassadors, and keeping our borders secure can’t even keep guns out of the hands of those that should not have them.

Political correctness… it keeps armed guards out of schools and allows those with serious mental health issues to legally own guns.

Political correctness dictates that guns are bad and mental health issues are private.

Political Correctness is literally killing our young people! We need to kill it first.

America, wake up or you’re gonna lose this country!