A new nationwide poll shows that an overwhelming majority of U.S. voters––81%––believes the quality of public education would greatly improve if school system bureaucracy was cut down and teachers and principals were given more flexibility to 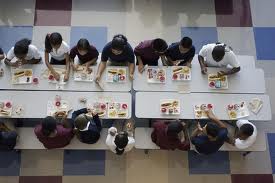 Analysis of the survey’s findings shows that 84% of Republicans, 81% of independents and 78% of Democrats want less bureaucracy and more flexibility for teachers and principals. Additionally, 82% of voters polled said that “major changes” are needed in our public education system so America can “successfully compete with other countries.”

The survey was conducted by the nonpartisan Clarus Research Group last week and was sponsored by Common Good, a nonpartisan government reform coalition.

Other findings of the poll:

“This data demonstrates that voters across the nation, regardless of party, believe education needs big change,” said Philip K. Howard, Founder and Chair of Common Good. “It also indicates that voters want principals and teachers to have more authority and flexibility to run their own schools and classrooms­­––free of unwise, often nonsensical, bureaucratic mandates.”

The nationwide survey was conducted April 25-26, 2012 by Clarus Research Group, a polling firm based in Washington, DC. The survey’s sample of 1,000 self-identified registered voters has a margin of error of +/- 3.1 percent. Interviewing was conducted through live telephone calls, using both landline and cell calling.

Education reform was the topic for April of an online discussion series, titled America the Fixable, hosted by TheAtlantic.com in partnership with Common Good. The series brings together prominent leaders from both major political parties, as well as other leading experts, to discuss how to fix broken government. The essays contributed by those leaders and experts are also archived at America the Fixable.

According to an organization statement, “Common Good (www.commongood.org) is a nonpartisan government reform coalition dedicated to restoring common sense to America. The Chair of Common Good is Philip K. Howard, a lawyer and author of Life Without Lawyers and The Death of Common Sense.”