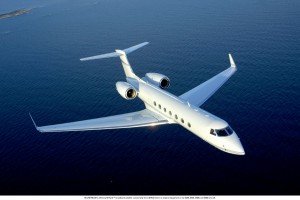 The Obama administration has painted this picture that the “jet set ” (literally) benefits the rich alone.  There is a non-profit chartity committed to helping people around the world that is arguing that the “tax perks” when it comes to private jets help more than just the most wealthy.

Works of Life International Ministries—a non-profit charitableorganization in operation for over a decade—has initiated a reinvigoration project to a longstanding aircraft donation website (AircraftDonation.org) that he says will better serve charter aviation agencies, brokerage and acquisition firms, as well as authorized sales companies and private plane owners who wish to liquidate aircraft.

This announcement comes on the heels of last week’s White House press conference in which President Obama reiterated his push for higher taxes among the country’s top economic bracket, corporate business jet owners included. “I think it’s only fair to ask an oil company or a corporate jet owner that has done so well,” said President Obama, “to give up that tax break that no other business enjoys.”  But many economic experts are saying that these tax cuts have an important role in stimulating activity in an aviation industry that has suffered a dramatic slump since 2001. “The President,” says V. Everett, “is in this case blanketing corporate jet owners, and companies that purchase airplanes, as rich people who should pay more in taxes. It’s not that simple.”

Everett is referring to the fact that limiting taxes on corporate jet purchases is a way to help the aviation industry through a tumultuous slump. If companies like Cessna and Gulfstream, for example, which have facilities in many cities in the US and overseas, lost business due to tax increases, it would negatively impact many local economies, going against the President’s aim of improving social welfare.

Associated Press mentioned the potential benefits of tax cuts on corporate jet purchases in a February 2009 report: “The aviation industry, which is cutting jobs as it suffers from declining shipments and canceled orders, hopes the tax break in the economic-stimulus bill just signed by President Barack Obama will persuade more companies to buy planes and snap a slump in general aviation that began last year.”

“We have to ask ourselves,” says Everett, “what it means to the US economy that Obama, who once supported tax breaks on jet purchases, is now pushing to get rid of them. Is it that the tax breaks didn’t help stimulate the economy? Or is it that he’s trying to take back the political reigns in Washington by increasing taxes on all wealthy companies?”

Everett continues, “We’re not in the business of choosing sides in the political arena. In fact, for over ten years we’ve been proud to say that our charitable works and services are funded not by government agencies but rather by the generosity of thousands of donors from the middle upper classes.”

Works of Life, together with its flagship affiliate the With Causes charitable network, accepts a wide range of donated assets and real estate properties to generate charitable income for several humanitarian causes.

Everett’s recent announcement that parent company Works of Life has begun an intensive reinvigoration process of the aircraft donation program, is motivated by what the chief executive says is a significant increase in the demand for aircraft liquidation services.

“Political and economic trends in the US and abroad,” says Everett, “including tax fluctuations, Congressional gridlock, massive spending cuts, an anemic job market, and soaring fuel costs have negatively impacted aircraft owners by hiking up storage, transportation, and maintenance fees.”

The result of these financial pressures is that aircraft owners and aviation companies experience more severe financial repercussions when they hang on to an aircraft they no longer wish to own. “Especially in a dire economic climate in recovery mode, aircraft owners cannot afford to keep an airplane that they would rather get rid of. You loose money every day your aircraft sits around.”

Aircraft Donation generates charitable income by selling donated aircraft. Works of Life has professional partnerships with many national corporations and agencies including Logitech, Saint Agnes Medical Center, Trinity Health, Whole Foods Market, Central CA SPCA, Hope Chest for Kids, and the Leukemia & Lymphoma Society. “Charitable plane donations,” says the Works of Life chief executive, “offer a unique opportunity in charitable works in services because you can do a lot with a single donation. Over the years we have developed our charitable programs on the basis of efficiency and adherence to federal and state regulations. We’ve been monitoring trends in aircraft donations and noticed that more people are seeking the services of charitable aircraft liquidation companies. Expanding our Aircraft Donation program is a natural step.”

After a plane is donated, Aircraft donation maximizes its fair market value by repairing and refurbishing aircraft when it makes economic sense to do so. What this means to donors, especially individual aircraft owners, is that they may donate planes in any condition, whether they work or not. “When you donate aircraft to charity,” adds V. Everett, “you decrease operational costs associated with storing, selling, and repairing aircrafts that you don’t want to keep. For individual plane owners, we aim to make the donation program as fast and efficient as possible, because we understand that hangar, dock, supply, and repair service expenses can be a nuisance.”