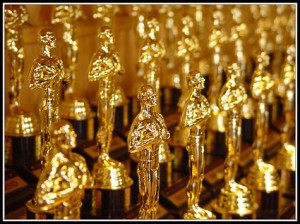 This year PwC celebrates its 80th anniversary leading the Oscars® balloting process on behalf of the Academy of Motion Picture Arts and Sciences (the Academy). The firm also announced today that Brian Cullinan, chairman of PwC’s U.S. board of partners and managing partner of PwC’s Southern California practice, has joined the leadership team managing the 2014 balloting process alongside Rick Rosas. They will be the only two people in the world who know the identities of the Oscar® winners before they are revealed on ABC’s live telecast at 4 p.m. PT (7 p.m. ET) onSunday, March 2, 2014.

Cullinan joins a very small group of PwC partners who have safeguarded the world’s most famous and best kept secrets for eight decades. During his 30-year tenure with PwC, Cullinan has held a variety of leadership roles, including leading the firm’s U.S. entertainment, media & communications assurance practice. Additionally, he serves as a board member of both the United Way of Greater Los Angeles and the Shelter Partnership.

“It’s an honor to join the ranks of this exclusive group of PwC partners who have been entrusted with this job for 80 consecutive years,” said Cullinan. “I’m proud – and extremely excited — to continue the tradition with Rick and look forward to serving the Academy in the years to come.”

“Being able to oversee the balloting process each year and maintaining the tradition of guaranteeing accuracy and secrecy has been the thrill of a lifetime,” said Rick Rosas, PwC partner and Oscars balloting leader since 2001. “I look forward to working with Brian as we embark on the 2014 show and beyond.”

PwC continues its role of overseeing all aspects of the voting process: ensuring the integrity and accuracy of the balloting process, maintaining sole custody of all votes and tabulations, and remaining responsible for the confidentiality of the results. In the 80 years that PwC has worked with the Academy, PwC has continued to keep the results under wraps until they are announced during the live telecast.

“We’re proud to once again work alongside our trusted colleagues at PwC,” said Dawn Hudson, Academy CEO. “Our eight-decade-long partnership with PwC is one of Hollywood’s longest lasting relationships.  And we’re excited to welcome the talented Brian Cullinan to the team.”

PwC’s long-established system involves the precise tallying of every single ballot at a concealed location to maintain the utmost level of accuracy, objectivity and confidentiality. Cullinan and Rosas lead a tight-lipped team of accountants who conduct the same ballot-counting method that they have used for decades.

The Internet has redefined our lifestyle, the change IoT devices have caused in our lives has revolutionized standards of living....