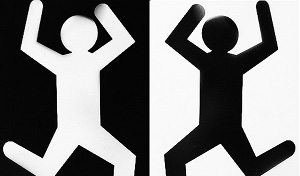 We’ve become a nation of over-sensitive whiners, complainers and race zealots. Seems to me the United States has lost 50 years of progress in the race department over this past year. Media outlets are adjusting quotes, taking out words and entire sentences in some cases, in order for the “story” to imply racial strife (NBC). It doesn’t sell if it’s not over-sensationalized! Instead of embracing our diversity, we run from it, point fingers at one another and accuse the other of racial insensitivity.  Acura is the latest to fall into this trap.
Acura felt the need to apologize for a casting document that called for an African-American actor who was “not too dark” for their Super Bowl ad. The casting sheet details read: “Nice Looking, friendly. Not too dark. Will work with a MAJOR COMEDIAN.” The controversy began when an African-American actor who didn’t fit the profile sent the document to a media news outlet.
When it comes to advertising, “profiling” is a necessity – it’s the only way to get the job done. I spent 25+ years in the advertising business, and I can tell you there was nothing odd about selecting the right actor with the right look whether it be hair color, height, weight, attitude or skin color. In advertising you play to the target audience. It truly is that simple. It has zero to do with an insensitivity toward stereotype or race.

MALCOLM OUT LOUD ON THE PRICE OF BUSINESS ON THIS  ISSUE

Acura should not have apologized but explaining that their casting company was simply doing their job, and that they’ve produced plenty of commercials with actors that are dark black, medium brown, light beige, stark white, tanned and any other color imaginable. They could have stood up for American corporations by refusing to take the position that race was in anyway involved – they simply wanted the best commercial that would hit that target audience – period.

The truth of the matter is ad agencies have been profiling since the beginning of time. Sometimes we want asian people, elderly women with blue hair, a brown kid with an attitude, a light black man with a polished look or maybe a white mother with blonde hair – Get the picture!!!

Acura, not taking any chances and electing to remain politically correct: “We apologize to anyone offended by the language on the casting sheet,” the carmaker said in a statement. “We sought to cast an African-American in a prominent role in the commercial, and we made our selection based on the fact that he was the most talented actor.”

Listen, there have always been bigots and zealots in the world that use racial differences as a means to destroy people. These people have so many issues with themselves, that they actually believe they’re actions are somehow fixing society. Unfortunately this racial insensitivity has now negatively influenced the mainstream and the result is racial OVER sensitivity.
Acura said it was “taking appropriate measures to ensure that such language is not used again in association with any work performed on behalf of our brand.”

The Out Loud Truth is there was nothing incorrect in the casting agency using the term ”not too dark” in their document and Acura should not have acquiesced and suggested that wrongdoing occurred by stating “such language is not used again”. They instead should have defended the principles in how they do business, why they do business this way and who they are in business for.

Their position for the future leads one to believe that Acura will only use animated rainbow colored people in their commercials as they hide behind a mask of political correctness.

Time to Get Involved, Get Loud & Think on the Brink
About Malcolm Out Loud:  Social and political news commentator Malcolm Out Loud is also the host of WebTV show Malcolm Out Loud TV, an acclaimed motivational speaker, founder of Brink Thinking and the author of the book Smash The Competition. More about him at www.MalcolmOutLoud.TV