By Kevin Price, Publisher, Editor in Chief, US Daily Review. 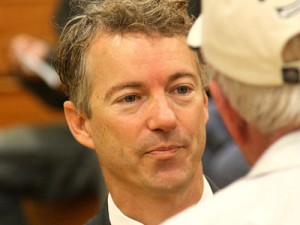 The Kentucky Republican on a Ticket Could Unite Republicans and Libertarians

The media is buzzing over the dramatic and recent rise of Rep. Ron Paul (R-TX) in his race for the presidency.  He is a reflection of the old joke about “overnight success.”  Overnight, give or take untold years of campaigning for various offices.  Reuters is now reporting that Paul is now only one percentage point behind the latest “anti-Romney” front runner, Newt Gingrich in one of the only places such polls matter, which is Iowa.  The Daily Caller is reporting that Paul, may in fact have the lead as Gingrich begins to shrink.  Many are asking the question, can we take Paul seriously?

Rush Limbaugh is feeling rather “bullish” about the GOP’s prospects in 2012, stating that any of the Republicans — except for Ron Paul — could win in 2012.  Why do more traditional conservatives fear the rise of Ron Paul and fundamentally believe he cannot win in November of 2012?  There are several reasons, but here are a few of the more obvious ones:

The bottom line, Paul cannot win the general election in 2012. He is simply “too much” for the vast majority of Americans today. However, what happens if he places very high in Iowa?  What if he continues to resonate with big returns in the South (he will likely get no where in New Hampshire because of the large amount of independents who will vote in the GOP primaries)?  What if he accumulates too many delegates to be ignored, but not enough to deserve the nomination?  Enter his son, Rand Paul as a possible vice presidential candidate.

Rand Paul offers many things that his father does not to voters today.  He is younger and understands the political realities in a way his father clearly does not.  He knows that his speech has to be able to garner votes and not divide voters.  He has a strong sense of the importance of liberty, like his father, but would prefer to tell an audience about the impact poor government policies have on jobs rather than lecture a crowd on the horrors of the Federal Reserve.  Although highly suspicious of an interventionist foreign policy, he is not foolish enough to believe that you can replace the eagle as our national symbol, with an ostrich.  He is quick to point out the failures of nation building and foreign aid, while not pretending the US can be entirely isolationist. In many respects he is a perfect balance between traditional conservatives and libertarians.  His lack of experience is some what beneficial for someone running for the number 2 post on the ticket.  He is a conservative darling and Tea Party favorite of whom no one questions his conservative convictions.  Since he ran as recently as 2008, he is highly vetted and should not be the source of unwelcome surprises.

If Rand Paul was on the ticket, libertarians of every stripe might be attracted to the GOP in a way not seen in years.  Even big “L” libertarians might even cast a vote for him. Meanwhile, the enormous and well fought Ron Paul machine would have something to campaign on. Depending on the top of the ticket, Rand could be an exceptional choice.