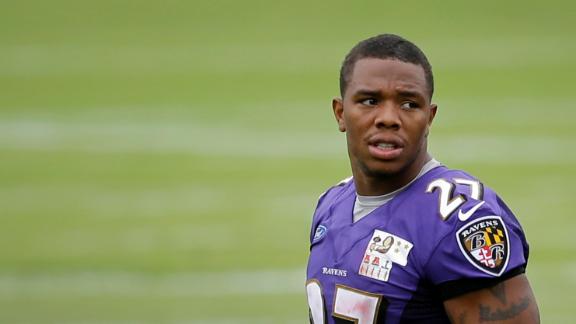 The NFL has had quite a few controversial incidents this year, and a new development suggests that the worst of the NFL’s legal issues this year is not quite over yet. Former Baltimore Ravens running back, Ray Rice, is scheduled to have his appeal heard during the first week of November.  And reality is that the appeal could very well lead to Rice’s reinstatement. Why? Well, because in 2011, the NFL Collective Bargaining Agreement was established, which states that the league only has the right to suspend a player once per off-field, personal conduct violation.

NFL policy is okay from the standpoint of one sentence per infraction. It’s a logical and fair policy, and this idea is similarly practiced in court cases, where a person cannot be tried twice for the same crime. Despite Rice’s inexcusable actions of abuse, the man has rights; and I think he will ultimately win the appeal and grievance. However, he needs to be held accountable for what he did to some extent. The NFL knew or should have known exactly what he did when he was suspended by the league for two games. There actions to cut Rice from the Baltimore Ravens team and to suspend him indefinitely from the NFL only played out because the public reacted to video footage released; and therefore the NFL  needs to be held accountable for what they did as well. And while the moves may have won the Ravens and the NFL points in the court of public opinion, the team and the league arguably (or actually) screwed this up by not getting all of the relevant evidence before suspending Rice over the summer.

Since there’s a good chance that Rice will be allowed back in the NFL, there is speculation that such a decision would hurt the NFL’s various sponsorship contracts with huge corporations who are increasingly expressing disapproval over the NFL’s handling of its domestic violence incidents. The situation at hand is one big business conundrum that must be dealt with very carefully. As a very successful businesswoman, I assure you the two essentials to a business’s growth are capital and customers. In the NFL’s case, the fans are their customers. In my award winning and best-selling book, Sell Your Business for More Than It’s Worth, I discuss how a company is only as strong as its customer base. However, there are options the NFL and Ray Rice have that could help improve what could end up being a huge financial loss. For example, Rice could choose to get help by attending classes that work on his issues (perhaps he already is). Such actions have a positive impact in that they reflect a conscious effort to improve one’s self. If he does do this, then the NFL may be more likely to approval his appeal. Ultimately, Rice needs to earn the public’s trust again. If the public trusts him, then the sponsors will continue to support the NFL. While he is a very talented football player, the NFL risks losing sponsors if they do take him back. It all comes down to the consumer. If such associations to something deemed as negative affects sales, then it is in that business’s best interest to separate itself from the negative association to its brand. Ray Rice already successfully destroyed his personal brand. Likewise, the NFL is struggling to maintain its own. Both people and businesses deserve second chances, but make no more mistakes, because you can only make so many of them before even I would deem you beyond repair (and I fix everything!).