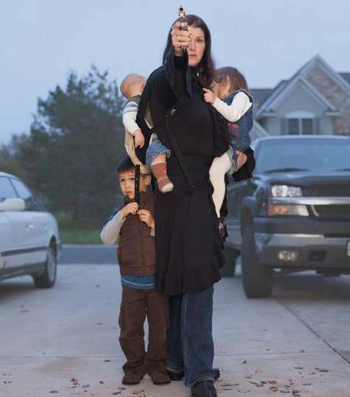 “Real women are conservatives.” Well now, there’s a provocative statement, and one I completely agree with.

Let’s talk about the conservative woman, of which I am one. A college-aged woman asked how to counter accusations that you can’t be a real woman and a conservative. That assertion is laughable in the extreme. Let me name a few conservative “real” women that I wouldn’t mind standing shoulder-to-shoulder with any day of the week.

Ann Coulter, Jedediah Bila, Kimberly Gilfoyle, Dana Perino, Megyn Kelly, Michelle Malkin, Andrea Tantaros, Greta Van Susteren, and it goes on and on. These are women who fight for the very principles, on a daily basis, which made America great. I submit they are “real women.”

The conservative woman is wife, mother, sister, aunt, or daughter and instills in those within her sphere of influence the power and strength of fighting for what is important, and how critical it is to never give up on American Dream.

The conservative woman is as comfortable gardening or scrapbooking, as she is at spending the afternoon at the shooting range. She will take on anyone threatening her family without a second thought, and she will do so with every legal weapon available to her, the strongest being her clear and unfettered mind. From the halls of the local elementary school to the halls of Congress, conservative women fight the battle to preserve this nation for another generation and beyond.

The conservative woman looks at feminism and sees we have suffered more losses as a gender than feminism has given us. I, for one, enjoy doors being opened, being treated respectfully, and the general common courtesies men used to give women as a matter of course. I recognize, being a conservative woman, that the losses to humanity have been great as we’ve watched the “rise of the woman” and the “fall of man.” The conservative woman contends that we must be equally yoked or those who pay the greatest price are future generations.

The conservative woman is all about God, family and country. As such, I contend the only real women in America are conservatives because they don’t whine; they roll up their sleeves and get to work. They don’t drop to their knees, weeping and wailing because “life just isn’t fair.” They straighten their shoulders, take a deep breath, and keep fighting that good fight. They don’t testify before Congress asking that the American taxpayer pay for their contraception, they shell out the $9/mo. themselves. They don’t stand at convention pulpits and lie through their teeth; they look others in the eye and tell the truth.

All in all, real women are conservatives. And we’re the ones you can count on.

Candace Salima is a radio talk show host, author, columnist, and makes her home in the Rocky Mountains. Learn more about her at www.CandaceSalima.com. Follow her on Twitter, Pinterest,LinkedIn or Facebook.