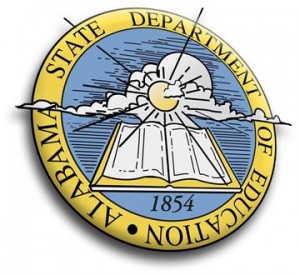 The Alabama Federation of Republican Women (AFRW) strongly opposes “race-based standards for student achievement” pushed by the Alabama Department of Education, as reported in The Tuscaloosa Newson Sunday, June 30. Minority students will be held to a lower standard, and would be tracked at a lower standard throughout their academic career from K-12.

According to this article by Jamon Smith, “Beginning this fall, Alabama public schools will be under a new state-created academic accountability system that sets different goals for students in math and reading based on their race, economic status, ability to speak English and disabilities.” Alabama’s Plan 2020 “sets a different standard for students in each of several subgroups – American Indian, Asian/Pacific islander, black, English language learners, Hispanic, multirace, poverty, special education and white.”

The “race-based” standards are part of Common Core, adopted by the state board of education in November 2010.

Elois Zeanah, President of the Alabama Federation of Republican Women, stated, “No way would these standards, which have racial overtones, be accepted if there had been an opportunity for public debate. Parents have no idea that their elected state education officials and the state superintendent of education, are forcing different standards on their children based on their family income and race. Isn’t this discrimination? Doesn’t this imply that some students are not as smart as others depending on their genetic and economic backgrounds?”

Sharon Sewell, a recently retired teacher and director of Alabamians United for Excellence in Education, a grassroots organization with which AFRW networks to stop Common Core, stated: “This makes me furious. You know what this will do. Teachers will stop teaching those kids with the lower cut scores. They will, out of necessity, teach to the top cut scores. Common Core pressures teachers to teach to the test. ”

Zeanah stated, “Groups around the State lobbied Alabama legislators to stop Common Core because it dumbs down education requirements, evaluates teachers based on students’ scores, collects personal, non-academic information on our children, which has been illegal under federal laws, and is being implemented without public debate or knowledge.”

Zeanah continued, “Now, hopefully legislators will understand that they need to do their duty under the Alabama Constitution and take responsibility for public education. Race-based standards is not something Alabama needs or wants.”